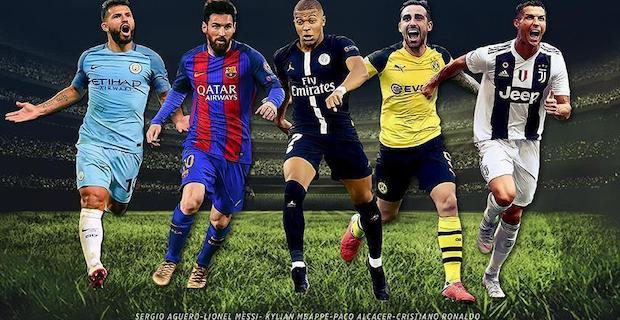 Manchester City, Barcelona, Juventus, Borussia Dortmund, and PSG have taken the top tier in Europe after their latest games.

In Spain's La Liga, Barcelona defeated Rayo Vallecano 3-2 and stayed at the top position with 24 points.

In Italy's Serie A, Juventus beat Cagliari 3-1 and stayed on the top of the league with 10 wins in 11 matches.

In France's Ligue 1, PSG beat Lille 2-1 to win all of the first 12 games with the best start of the season. Tottenham had held the record for the last 58 years.

Keywords:
FootballEuropean Leagues
Your comment has been forwarded to the administrator for approval.×
Warning! Will constitute a criminal offense, illegal, threatening, offensive, insulting and swearing, derogatory, defamatory, vulgar, pornographic, indecent, personality rights, damaging or similar nature in the nature of all kinds of financial content, legal, criminal and administrative responsibility for the content of the sender member / members are belong.
Related News