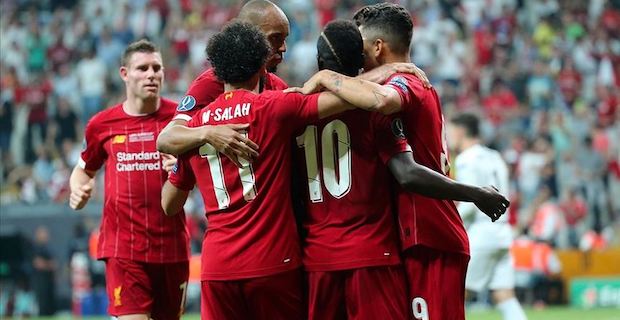 Liverpool advanced to the quarterfinals of the League Cup -- the Carabao Cup -- after beating Arsenal 5-4 on penalties in a thrilling match late Wednesday. Fans at Anfield Road witnessed more goals scored in 90 minutes than in the penalty shootout as the normal time ended 5-5 in an amazing night.

Caoimhin Kelleher’s save from Dani Ceballos in the penalty shootout brought victory to Liverpool over Arsenal to bag the quarterfinals ticket in the tournament.

All the Liverpool players managed to score in the penalties shootouts.

In the other League Cup game, Premier League giants Chelsea hosted Manchester United to reach the last-8 at Stamford Bridge.

On the losing side, Belgian forward Michy Batshuayi found the net in the 61st minute of the match.

Keywords:
ArsenalLiverpool
Your comment has been forwarded to the administrator for approval.×
Warning! Will constitute a criminal offense, illegal, threatening, offensive, insulting and swearing, derogatory, defamatory, vulgar, pornographic, indecent, personality rights, damaging or similar nature in the nature of all kinds of financial content, legal, criminal and administrative responsibility for the content of the sender member / members are belong.
Related News