Napoli to take on Arsenal, Villarreal vs. Valencia, Benfica vs. Frankfurt, and Slavia Prague vs. Chelsea in quarterfinals 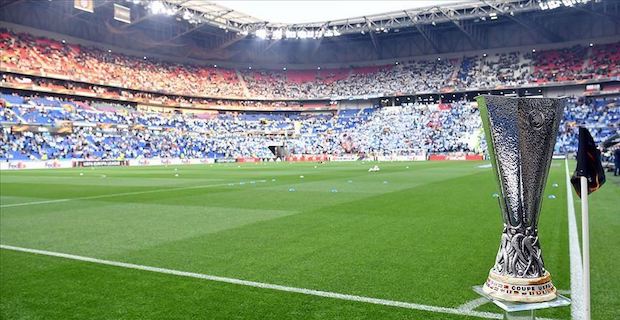 The UEFA Europa League quarterfinals first-leg matches will kick off on Thursday.

Spanish clubs Villarreal and Valencia will meet in the quarterfinals.

After overturning a two-goal deficit to eliminate France's Rennes, English club Arsenal will face Italy's Napoli in the quarterfinals.

The second-leg matches will be played on April 18.

The quarterfinal first-leg matches are as follows:

Keywords:
ArsenalNapoliVillarrealValenciaBenficaFrankfurtSlavia PragueChelsea
Your comment has been forwarded to the administrator for approval.×
Warning! Will constitute a criminal offense, illegal, threatening, offensive, insulting and swearing, derogatory, defamatory, vulgar, pornographic, indecent, personality rights, damaging or similar nature in the nature of all kinds of financial content, legal, criminal and administrative responsibility for the content of the sender member / members are belong.
Related News