Ashley Young's career with Manchester United is very close to coming to an end, as the ex-England international went through medicals for Italian giants Inter Milan earlier today. The Red Devils will earn a transfer fee of £1.5m for Young's departure from the club. 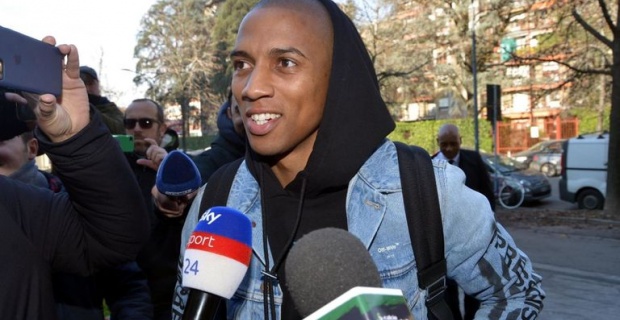 Ashley Young will be the third player to move from Manchester United to Inter Milan this season if the transfer is completed. As ex-Chelsea coach Antonio Conte already brought in Romelu Lukaku and Alexis Sanchez (loan) last summer.

A video was posted by FC Inter News show-casing the arrival of the 34-year old at the Milan Malpensa Airport this morning. Young was seen meeting an Inter official, before he went off to undergo his medical at the Coni sports institute.

The Red Devils announced that Young was on the brink of signing for Inter Milan earlier today. Head coach Ole Gunnar Solskjaer also made statements about this transfer on MUTV:

“He is 35 in the summer and, if he gets a two-year contract somewhere, I think it's up to him to take that. We weren't ready to offer that.

“He's been captain and he's won trophies, leagues, cups, but we've got players coming through.

“He's done a fantastic job and he's served this club fantastically. I think it was an opportunity for him that we had to say yes to. We got a transfer fee for someone who's been so loyal to the club.”

Since joining the club in 2011 for a fee of £16.2m from Aston Villa, the versatile left-back appeared in 261 matches, scoring 19 goals and assisting 43 times. Internationally, he played in 39 matches for England, with a contribution of 7 goals and 10 assists.

With the depature of Young, Solskjaer has announced that Harry Maguire will be the new captain of The Red Devils. Manchester United are currently 5th in the Premier League with 34 points from 22 matches.

Keywords:
Manchester UnitedAston VillaAshley YoungInter MilanOle Gunnar SolskjaerSolskjaerAntonio ConteRomelu LukakuHarry MaguireAlexis SanchezYoungInter
Your comment has been forwarded to the administrator for approval.×
Warning! Will constitute a criminal offense, illegal, threatening, offensive, insulting and swearing, derogatory, defamatory, vulgar, pornographic, indecent, personality rights, damaging or similar nature in the nature of all kinds of financial content, legal, criminal and administrative responsibility for the content of the sender member / members are belong.