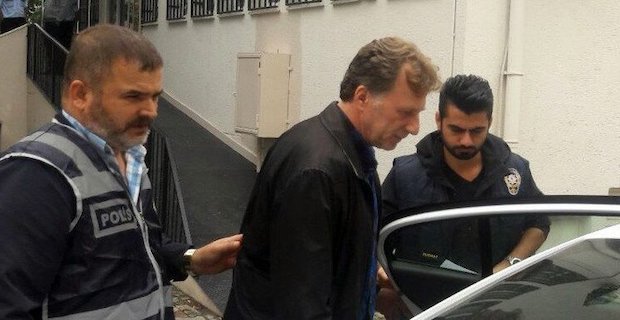 A former football player Tuesday was sentenced to over six years in prison for his links to the Fetullah Terrorist Organization (FETO), the group behind the 2016 defeated coup attempt in the country.

A penal court in Istanbul handed down six-year-three-months jail term for Ismail Demiriz, 56 over the charge of membership in an armed terror group.

The court also ordered that a ban on Demiriz from traveling abroad will maintain.

Refusing the court's verdict, Demiriz requested to be acquitted.

Another former football player Arif Erdem -- being tried in the same case -- is accused to be a FETO member and fugitive now.

Meanwhile, among the defendants of the case, Ugur Tutuneker -- a former football player, as well -- was acquitted in February.

Indictment by the prosecutors read that Erdem was using ByLock, an encrypted cellphone application used by FETO coup plotters, and is believed to have continuous contact with the terror group's U.S.-based leader Fetullah Gulen.

It also said that Demiriz joined FETO while he was playing for Galatasaray, while Tutuneker was supported by FETO and helped it financially.

Indictment demanded at least seven-and-a-half years in prison for each suspect.

Keywords:
ExfootballerFETOIsmail Demiriz
Your comment has been forwarded to the administrator for approval.×
Warning! Will constitute a criminal offense, illegal, threatening, offensive, insulting and swearing, derogatory, defamatory, vulgar, pornographic, indecent, personality rights, damaging or similar nature in the nature of all kinds of financial content, legal, criminal and administrative responsibility for the content of the sender member / members are belong.
Related News