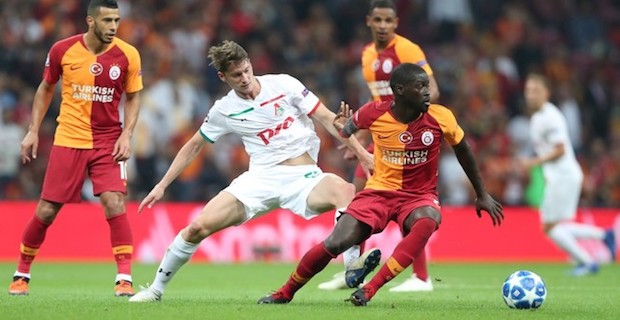 The Lions dominated the match early on at Turk Telekom Stadium, with Garry Rodrigues scoring the first goal in the eighth minute.

The Russian side took control of the game from then on until the end of the first half but failed to equalize.

Galatasaray's top scorer this season, Eren Derdiyok, scored the second goal from a free-kick in the 66th minute.

Badou Ndiaye from the Lions received two yellow cards for fouls – one in the 41st minute and another in the 86th minute – and was sent off.

Galatasaray's Selcuk Inan scored the third goal by converting a penalty with a right-footed shot to the bottom right corner.

The following are the results of today's UEFA Champions League matches:

Keywords:
Champions LeagueGalatasarayLokomotiv
Your comment has been forwarded to the administrator for approval.×
Warning! Will constitute a criminal offense, illegal, threatening, offensive, insulting and swearing, derogatory, defamatory, vulgar, pornographic, indecent, personality rights, damaging or similar nature in the nature of all kinds of financial content, legal, criminal and administrative responsibility for the content of the sender member / members are belong.
Related News