Turkish international striker Cenk Tosun finally parts ways with Everton, on a loan move to Crystal Palace. Although he has only netted 1 goal and assisted 3 times this season, he has only been given 350 minutes of play time over 9 appearances. However, in his first initial year Tosun netted 10 goals, impressing the Toffees. 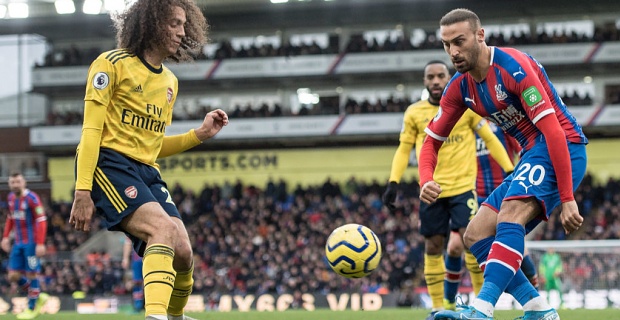 YIGIT SERTOGLU/LONDON-Internationally, Cenk Tosun is a crucial member of the Turkish national team, scoring 16 goals in 42 international games. His career ultimately peaked at Besiktas, scoring 5 goals in 12 UCL games. Scoring the best goal in the groupstages of 2017/18 UCL allowed Tosun to attract attention from certain big clubs. In the end Tosun landed at the blue side of Merseyside. After having a somewhat successful initial season with the Toffees, the Turkish international lost his place in the Everton starting line-up. It was almost certain that he would leave by the end of this season, having being given only 350 minutes of play time.

When asked about his feelings on his arrival at Crystal Palace, the 28-year old stated "I will give my everything for this club and do the thing I can do best and that's scoring goals. I'm very happy. I'm so excited to be at this great club. Everybody welcomed me so nicely and its so nice to be here"

The striker has already made his debut coming on against Arsenal, which ended in a 1-1 draw at Selhurst Park Stadium.Tosun wore the number 20 and was warmly welcomed and applauded by the fans after the final whistle. He is currently valued at £13.5m, and a successful loan spell at Crystal Palace would certainly boost his career back up.

Keywords:
Crystal PalaceEvertonCenk TosunTurkiye
Your comment has been forwarded to the administrator for approval.×
Warning! Will constitute a criminal offense, illegal, threatening, offensive, insulting and swearing, derogatory, defamatory, vulgar, pornographic, indecent, personality rights, damaging or similar nature in the nature of all kinds of financial content, legal, criminal and administrative responsibility for the content of the sender member / members are belong.

Amazing journalist you have here!

Brilliant from yigit! I need him at my newspaper agency!