Besiktas reclaimed their top spot in Turkey’s Super Lig after a 1-0 victory over Ankara’s Genclerbirligi on Monday night. 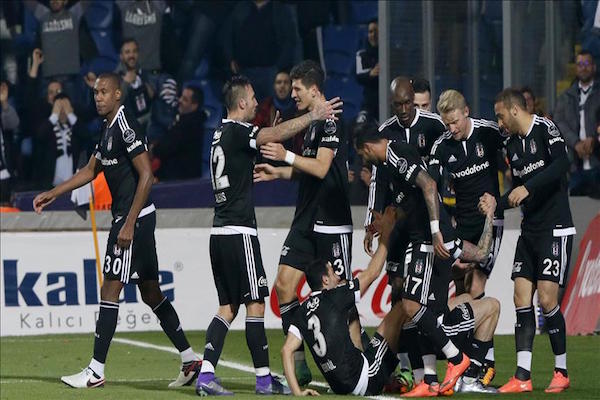 ANKARA (AVRUPA TIMES)-Besiktas reclaimed their top spot in Turkey’s Super Lig after a 1-0 victory over Ankara’s Genclerbirligi on Monday night.

The Istanbul side now lead the table with 51 points - a point above local rivals Fenerbahce and with a game in hand. Third-placed Galatasaray trail on 37 points.

A second-half goal from top scorer Mario Gomez was enough to secure the points at the Basaksehir Fatih Terim Stadium in Istanbul.

The game saw several efforts from Besiktas’ Portuguese winger Ricardo Quaresma saved in the first 45 minutes and Olcay Sahan’s 17th minute header was the best chance of the half but was kept out by the woodwork.

Gomez capitalized on Besiktas’ dominance midway through the second half, demonstrating the reason for his call up to Germany’s European Championship squad.

Next Monday will see the top two face each other at Fenerbahce’s Ulker Stadium in what could be one of the most important games in the title race.