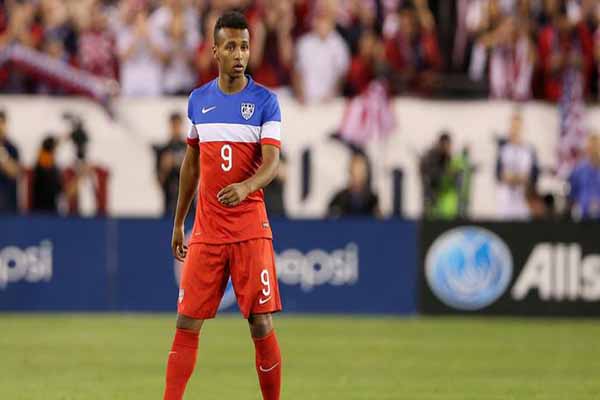 Eighteen-year-old Julian Green may well be the United States' big hope for the future of football. While the US enjoys regular World Cup qualification, a rapidly growing domestic league and a sizeable pool of players with top-level European experience, not a single person in the senior national team setup is currently on the books at one of the world's football giants. Except Julian Green. Although born in Florida, Green spent most of his childhood in Germany. He came up through Bayern Munich's youth academy, where he's evolved into a bright young attacking talent, comfortable on the wing or up front. Green was promoted to Bayern's fourth-tier reserve side at the start of the current season. He scored twice on his debut and had notched 15 goals by October. One month later, he made his first in the Champions League against CSKA Moscow, replacing Mario Götze in the 88th minute. Choosing the US As his performances began to garner more attention, Green had to work through the biggest decision of his playing career: Germany, or the US? "It was a difficult choice and I took a lot of time with it," Green told DW. "I was always in discussion with the management and my family and talking sporting and organizational questions." http://www.dw.de/bayerns-julian-green-says-comaraderie-and-trust-helped-him-choose-us/a-17575628