Barcelona advance to round of 16 in Champions league 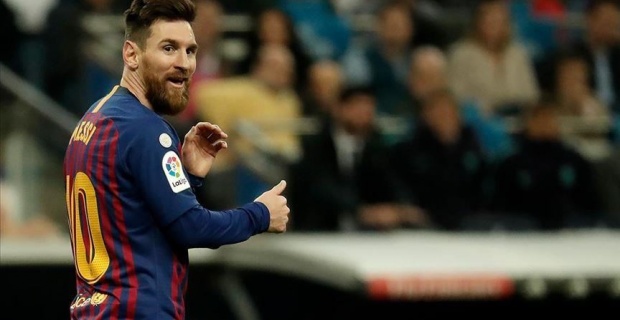 Barcelona defeated Borussia Dortmund Wednesday to book a spot in the last 16 of the UEFA Champions League. A goal from close range by forward Aleksei Luis Suarez gave the hosts the lead 29 minutes into the match. Four minutes later, the Argentine superstar Lionel Messi doubled the lead against Borussia Dortmund to give Barcelona a comfortable lead at the half.

After the break, French forward Antoine Griezmann came off the bench and found the net in the 67 minute.

English forward Jadon Sancho scored the only goal for the German team.

Messi celebrated his 700th appearance for Barca, helping his team with a goal and two assists Tuesday.

With this outstanding performance, Messi netted his 613th goal against Borussia Dortmund, while he produced 250th assists in 700 matches for the Spanish giants.

In another Group F match, Inter defeated Slavia Prague 3-1 in an away game.

Following Wednesday's results, Leipzig secured a spot in the knockout stages for the first time in its history with a 2-2 draw against Benfica. 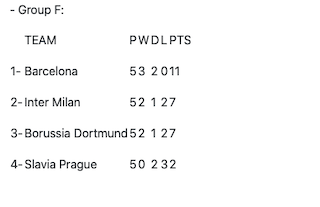 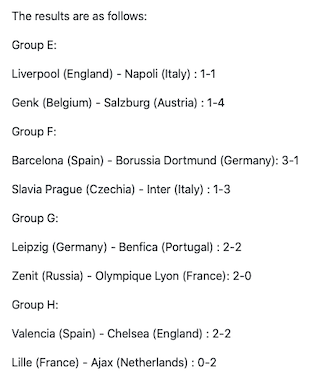 Keywords:
Champions LeagueBarcelona
Your comment has been forwarded to the administrator for approval.×
Warning! Will constitute a criminal offense, illegal, threatening, offensive, insulting and swearing, derogatory, defamatory, vulgar, pornographic, indecent, personality rights, damaging or similar nature in the nature of all kinds of financial content, legal, criminal and administrative responsibility for the content of the sender member / members are belong.
Related News