MESUT OZIL delivered a stunning masterclass to inspire a brilliant Arsenal fightback and prove he is worth the big bucks after all. 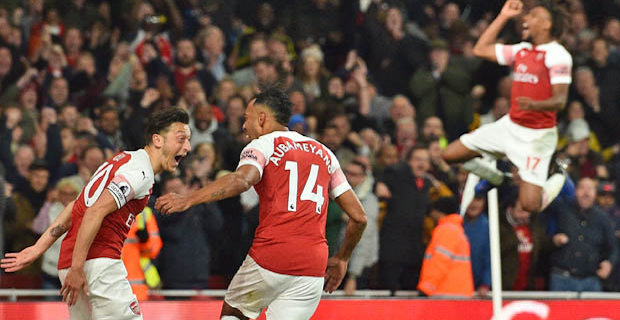 If this is what you get from giving Ozil the captain’s armband then maybe they should just go ahead and make him Arsenal skipper on a permanent basis.

Arsenal gave him a £350,000-a-week contract in January and there have been times since then when it looks as if he has switched off after getting his big pay deal.

But Ozil was magical, brilliant and man of the match all rolled into one - plus he showed he was worth every penny because he just oozed class. When he finally went off, he was substituted to a standing ovation with his night’s work well and truly done. 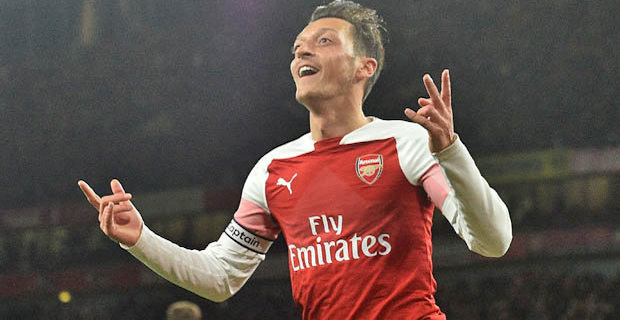 Arsenal’s fabulous fight back from going a goal down lifted the roof off the Emirates as Unai Emery’s men made it ten straight wins in all competitions.

And when they are playing with such flair and fluid, beautiful football then maybe, just maybe, they can be Premier League title contenders after all.

Emery knew he had big shoes to fill after replacing Arsene Wenger in the summer but, on the day the former Arsenal manager celebrated his 69th birthday, it was a performance that rolled back the years to the glory days.

Comebacks and strong second halves have been a feature of this remarkable winning run which says much about Arsenal’s determination and spirit.

Leicester were much the better team at the start, their pace and lightning counter attacks were too much for Arsenal’s frail defence.

Harry Maguire saw a header brilliantly saved by Arsenal keeper Bernd Leno and Rob Holding got away with a blatant handball for what should been a clear penalty.

It felt like a matter of time before Leicester went ahead and they got their reward after 31 minutes. Ben Chilwell charged forward, took the ball in his stride but his low cross was deflected off Hector Bellerin past Leno and into the net.

But that sparked Arsenal into life and it was Ozil, wearing the armband from the start for the first time, who led the charge.

Ozil spread the ball wide to Bellerin and the German then sprinted into the box before steering past Leicester keeper Kasper Schmeichel moments before half time.

Arsenal looked a different side after the break, buoyed by the comeback, and despite Wilfred Ndidi heading against the bar there was only going to be one winner.

It was hard to tell whether the cheer for that goal was louder than the standing ovation Ozil received when he was substituted with ten minutes left. It was, without doubt, one of his best ever performances in an Arsenal shirt and a night to cherish.

Keywords:
ArsenalMesut Ozil
Your comment has been forwarded to the administrator for approval.×
Warning! Will constitute a criminal offense, illegal, threatening, offensive, insulting and swearing, derogatory, defamatory, vulgar, pornographic, indecent, personality rights, damaging or similar nature in the nature of all kinds of financial content, legal, criminal and administrative responsibility for the content of the sender member / members are belong.
Related News