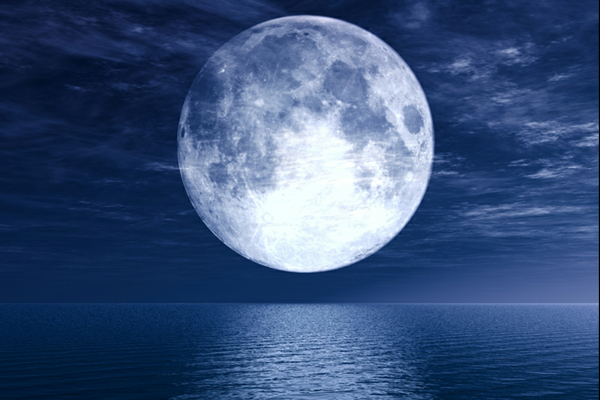 Super moons bring with them 30% more light. That's a problem as it makes the meteors less visible. Still, the two events together make this a good few days to spend some time outside at night, says Ben Burress, an astronomer with the Chabot Space and Science Center in Oakland. The shower's peak will come in the hours before dawn Aug. 11-13, Burress, an astronomer with the Chabot Space and Science Center in Oakland, Calif.. "If people want to catch them, the early morning hours before dawn on Aug. 11, 12 and 13 are all fair game," said Burress. Look in the constellation Perseus, which is just to the left of the Pleiades, the Seven Sisters constellation, in the northeastern portion of the sky. Normally, a bright moon would dim the visibility of meteors, but the Perseids have bright meteors, so "it's not a complete washout," Burress says. "But it won't be nearly as good as it would if the moon wasn't up." Another option is to look as night falls, when the moon is low in the east, according to Alan MacRobert, senior editor at Sky & Telescope magazine.

If you're lucky, you might see some Earth-grazing Perseids. These are unusually long and graceful meteors, less frequent but quite lovely.

This year's Perseid shower won't be the wild, showy 80 meteors per hour that can happen when they arrive during moonless nights. Even so, a shooting star or two reminds us that looking heavenward is always rewarding.

And if you don't see a meteor, you'll still get to see a super moon which makes it is well worth going outside.

Astronomers call these "perigee full moons," though in the past few years, they've taken on the popular name "super moons," according to EarthSky.com.

Super moons occur when a full moon and the Earth are closest in their orbits.

The moon's closeness isn't just something to look up for. It also brings extra high and low tides, which make it a great time for beachcombing.