The Russian rocket with a British telecoms satellite blasted off from Baikonur space center on Sunday. 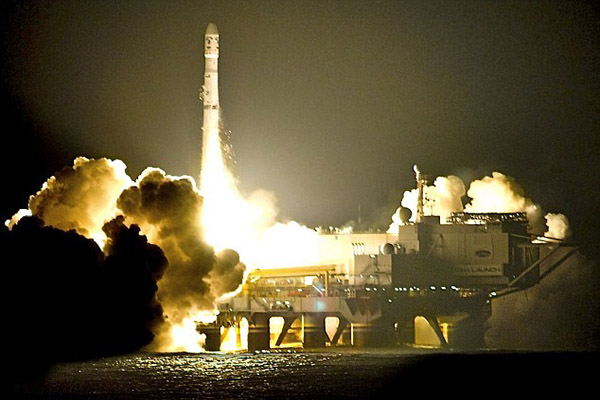 The launch occurred at 16:12 Moscow Time [12:12 GMT], as planned. The orbital unit (the Breeze M upper stage and the satellite) has separated from the rocket, a Roscosmos spokesman told RIA Novosti.

The Inmarsat-5 F1 satellite’s separation is due in some 15 hours, on Monday.

The satellite, built by Boeing Satellite Systems, provides a wide range of voice and data services through an established global network of distributors and service providers. Its expected service life is 15 years in geostationary orbit.

This was the third satellite of the Inmarsat series launched with the help of a Proton-M carrier rocket.

According to NASA, the satellite is one of three Ka-band Inmarsat-5 satellites ordered from Boeing by UK-based satellite operator Inmarsat at a price of some $1 billion. Each Inmarsat-5 satellite will carry 89 Ka-band beams that will operate in geosynchronous orbit providing flexible global coverage.

When operational, the Inmarsat-5 group will provide the operator with a comprehensive range of global mobile satellite services, including in-flight connectivity for airline passengers, mobile broadband communications for deep-sea vessels, and streaming high-resolution video, voice and data.