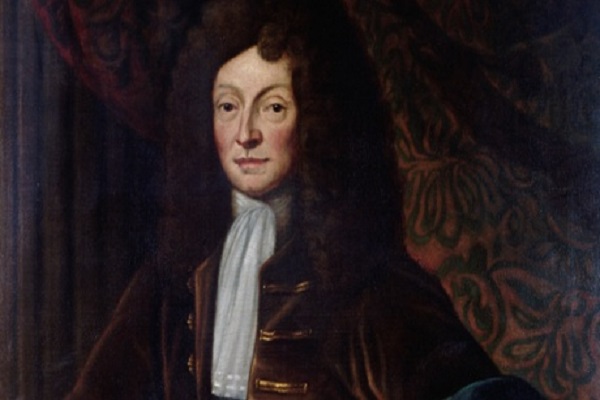 If people have heard of Christopher Wren, they tend to know him as an architect. As the plaque in St Paul’s Cathedral says, “if you seek his monument – look around you”. It is unsurprising, then, that today’s Google Doodle celebrates him as the man behind that building and the city churches rebuilt after the great fire of London.

He was, however, also a very significant figure for the history of science. He was central to all the groups that, come the end of the commonwealth and the restoration of the monarchy in 1660, formed the Royal Society of London. At Oxford he became part of the group around John Wilkins, he was key to the correspondence network known as the Invisible College, and in London he became professor of astronomy at Gresham College in 1657.

At Oxford, Wren had engaged in many of the areas of research that marked the new, experimental science the Royal Society was to champion. He made astronomical observations, explored the phenomenon of magnetism and investigated the possibility of transfusing blood, or other substances, into living creatures. Two key elements of the new approach were emphasised: the use of instruments, such as telescopes, microscopes, clocks, rain gauges and barometers, and the aspiration of producing useful knowledge, whether to aid medicine, navigation, defence or (of course) architecture