US top diplomat to meet Russian president next week 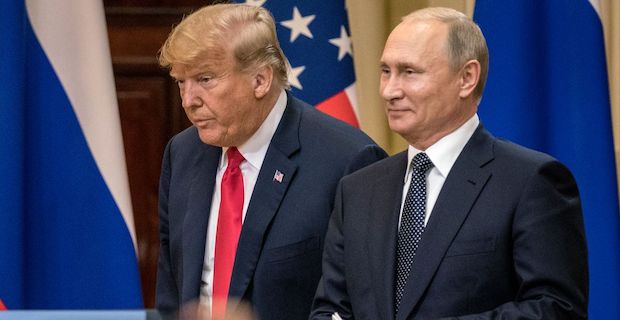 U.S. Secretary of State Mike Pompeo will travel to Russia this weekend to meet Russian President Vladimir Putin and his top diplomat, the State Department said Friday. Pompeo will depart Sunday and arrive in Moscow on Monday to meet with U.S. embassy staff and lay a wreath at the Tomb of the Unknown Soldier at the Kremling Wall, according to spokeswoman Morgan Ortagus.  He will meet Putin and Russian Foreign Minister Sergey Lavrov in Sochi, Russia on Tuesday to "discuss the full range of bilateral and multilateral challenges," she added.

U.S. President Donald Trump spoke with Putin last week in a discussion Trump characterized as "very productive," but the meeting comes amid severe differences between Washington and Moscow on a range of issues, including ongoing tumult in Syria and Venezuela, and disagreements about developments in the Arctic.

Keywords:
Donald TrumpRussian President Vladimir PutinUS President
Your comment has been forwarded to the administrator for approval.×
Warning! Will constitute a criminal offense, illegal, threatening, offensive, insulting and swearing, derogatory, defamatory, vulgar, pornographic, indecent, personality rights, damaging or similar nature in the nature of all kinds of financial content, legal, criminal and administrative responsibility for the content of the sender member / members are belong.
Related News