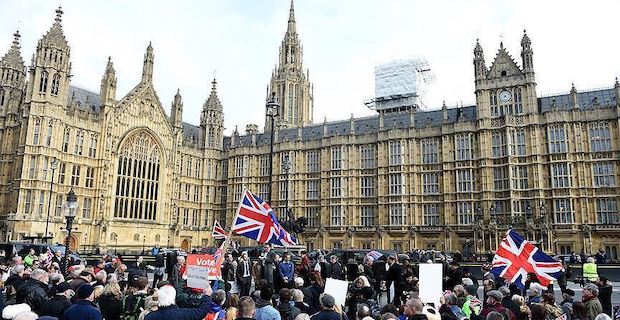 Britain’s top court of appeals ruled on Tuesday that the prorogation of parliament by Prime Minister Boris Johnson is “unlawful.” In its ruling, the Supreme Court said the decision to suspend parliament was “null and void.” Brenda Hale, president of the panel of judges, said the prorogation would be unlawful “if it has the effect of preventing parliament from being able to carry out its constitutional functions.”

“The effect on the fundamentals of democracy was extreme,” she added.

This “prolonged” prorogation was unusual, she said.

Hale said Johnson's advice to Queen Elizabeth to suspend parliament was “unlawful, void and of no effect.”

The parliament was prorogued by Boris Johnson for five weeks after returning from summer recess, widely seen as a tactic to prevent parliament from derailing Johnson's controversial Brexit plans.

Johnson has pledged an exit from the EU, with or without a deal, on Oct. 31.

Keywords:
ParliamentUK Supreme Court
Your comment has been forwarded to the administrator for approval.×
Warning! Will constitute a criminal offense, illegal, threatening, offensive, insulting and swearing, derogatory, defamatory, vulgar, pornographic, indecent, personality rights, damaging or similar nature in the nature of all kinds of financial content, legal, criminal and administrative responsibility for the content of the sender member / members are belong.
Related News