Brexit deal efforts, should accelerate in the months to come 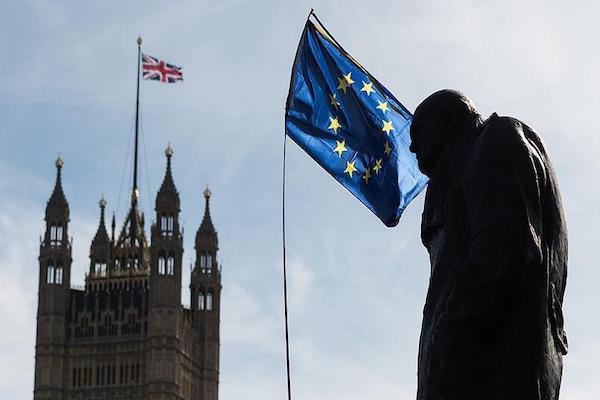 AvrupaLondon - Brexit deal efforts "should accelerate in the months to come," according to a joint statement following a surprise working dinner in Brussels held by British Premier Theresa May and EU Commission President Jean-Claude Juncker on Monday.May's visit came after EU’s chief negotiator, Michel Barnier's remarks last week, in which he said Brexit negotiations came to a "disturbing deadlock".Describing the dinner as "constructive and friendly", the statement said "both sides agreed that these issues are being discussed in the framework agreed between the EU27 and the United Kingdom, as set out in Article 50 of the Treaty on European Union".Article 50 sets out the procedure for a member state to withdraw from the Union."The Prime Minister and the President of the European Commission reviewed the progress made in the Article 50 negotiations so far and agreed that these efforts should accelerate over the months to come," the statement added.The leaders also discussed the "common interest in preserving the Iran nuclear deal and their work on strengthening the security of citizens in Europe, notably on the fight against terrorism".They also prepared for the European Council that will take place later this week.May was accompanied by Brexit Secretary David Davis in her meeting with Juncker and Barnier.Earlier in the day, the British premier held a phone conversation with French President Emmanuel Macron and the leaders discussed progress in the negotiations.Juncker had said last Friday that it might take the U.K. much longer to leave the EU than it was initially planned. "We will not be able to say in the European Council in October that now we can move to the second phase of negotiations."The U.K. had insisted Brexit negotiations had reached a point where sufficient progress had been made to take the talks to the second stage, where the future relationship between the U.K. and the EU could be discussed.However, upon the completion of a fifth round of negotiations last week, EU officials said the progress seen was not enough, despite a praised conciliatory speech by May in Florence.British voters opted to leave the EU in a referendum over a year ago and Brexit negotiations are supposed to be finalized in March 2019.The issue of citizens' rights is one of the main issues to be dealt with during the negotiations, along with the land borders between Northern Ireland and the Republic of Ireland, and Gibraltar and Spain.Immigration control and access to the European single market will be discussed.