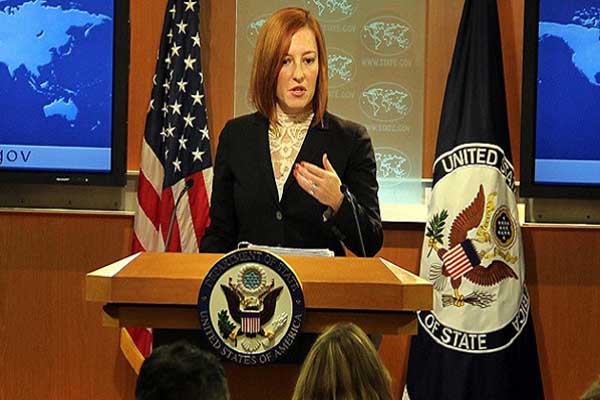 “We're following the issue. We have no comment on the specifics of these cases. We would reiterate that we expect Turkey to meet the highest standards for transparency, timeliness and fairness in its judicial system,” said Psaki.

She added, “We've made clear in the past, including in our annual human rights report, we remain concerned about due process and effective access to justice in Turkey. That continues to be the case.”

Responding to Turkish media reports which alleged that US ambassador in Ankara Francis Ricciardone said that the anti-graft investigation is not the work of foreign powers, Psaki said, “I certainly would agree with our ambassador's statement.”

35 of 50 people were referred to court for arrest as part of the anti-graft operation in Istanbul on Friday.

A comprehensive Istanbul-based operation on corruption, bribery and money laundering which was initiated on Tuesday resulted in the detentions of high–profile bureaucrats, businessmen and politicians.