Turkish citizens in Germany, Austria and France started to vote in presidential and general elections 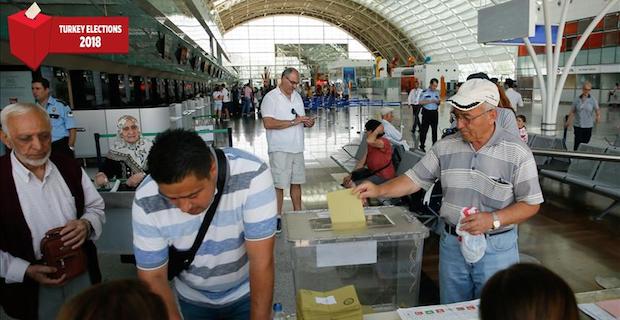 Turkish citizens living abroad on Thursday have begun casting their votes to participate in Turkey's June 24 presidential and general elections in foreign missions and customs gates.

Germany, Austria, and France were the first to vote in Europe.

In Germany, which has Europe's largest Turkish diaspora, 1.4 million eligible voters are eligible to cast their ballots at consulates and other elections centers across the country, until June 19.

On Thursday morning, crowds and long lines in front of Turkish consulates in Cologne, Dusseldorf and Berlin suggested a high turnout.

Voting will be held from 9 a.m. to 9 p.m. local time on weekdays and weekends at the foreign missions.

Turkish citizens living abroad and traveling to Turkey can also cast their votes at custom gates until 5 p.m. local time on June 24.

Over 3 million Turks living abroad are eligible to vote for the June 24 presidential and general elections.

Keywords:
Turks AbroadPresidential And General Elections
Your comment has been forwarded to the administrator for approval.×
Warning! Will constitute a criminal offense, illegal, threatening, offensive, insulting and swearing, derogatory, defamatory, vulgar, pornographic, indecent, personality rights, damaging or similar nature in the nature of all kinds of financial content, legal, criminal and administrative responsibility for the content of the sender member / members are belong.
Related News