Erdogan said, "They tapped everyone including me, the President, the Parliamentary Speaker, our families and our children." 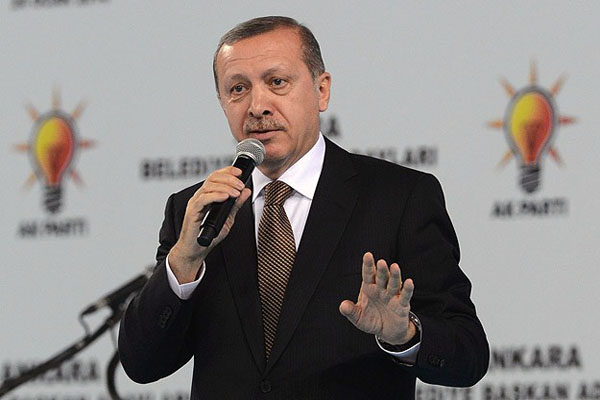 Turkish Prime Minister Erdogan on Thursday said that top officials in the country had their communications intercepted and that new regulations are going to be introduced to regulate procedures for monitoring phone conversations.

Indicating that the parallel state was behind the tappings, Erdogan said, "They tapped everyone including me, the President, the Parliamentary Speaker, our families and our children."

The "parallel state" controversy began in Turkey when the government accused a a shadowy network of individuals nestled within the judiciary and police force of organizing "dirty plots" against to undermine the country's democracy.

The government says these plots include the comprehensive anti-graft probe launched on December 17, which led to high-profile arrests of dozens of businessmen and bureaucrats.