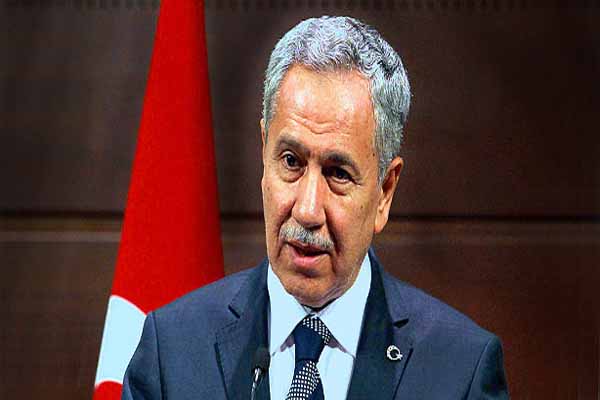 Turkey's Deputy Prime Minister Bulent Arinc blamed western countries over the strengthening of radical groups within the Syrian opposition fighting to topple President Bashar al-Assad. In an interview with French daily Le Monde, Arinc stressed that he was clearly disappointed over the lack of support by the United States and Western countries towards the Syrian opposition. "You did not give any military support or political support," Arinc told the daily.

"Western countries did not show any sensitiveness for the Syrian people like they showed support for the people of Libya. Because of the lack of support, radical groups in Syria are gaining strength."

Arinc noted, Turkey provided 650 million USD worth of aid to Syria in the past two years and provided accommodation for more than 300 thousand Syrians seeking shelter.