Explosions struck churches and hotels in various parts of country, killing at least 290 people and injuring over 500 others 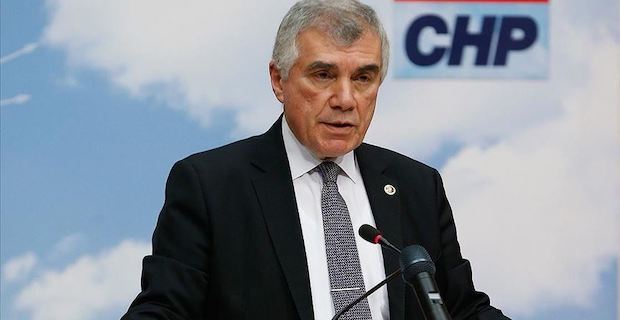 Turkey's main opposition Republican People's Party (CHP) on Monday condemned the terror attacks targeting churches and hotels in Sri Lanka that left at least 290 people dead. "We are concerned that these treacherous terrorist attacks targeting peace of the Sri Lankan people, may have negative effects on a global scale. I wish to convey our deepest condolences and sympathies to Sri Lankan President Maithripala Sirisena and the people of Sri Lanka who have lived in peace since the civil war that ended ten years ago,” the CHP’s deputy chairman Unal Cevikoz said in a statement.

“I also wish recovery for the injured ones. We wish Allah's mercy on Serhan Selcuk Narici and Yigit Ali Cavus, who lost their lives in the attacks. We also convey our wishes to their families," Cevikoz added.

A total of eight explosions occurred in and just outside the country’s capital Colombo on Easter Sunday that left at least 290 people dead and more than 500 others injured.

Keywords:
Republican Peoples PartySri LankaAttacks In Sri LankaUnal CevikozCHP Deputy Chairman Unal Cevikoz
Your comment has been forwarded to the administrator for approval.×
Warning! Will constitute a criminal offense, illegal, threatening, offensive, insulting and swearing, derogatory, defamatory, vulgar, pornographic, indecent, personality rights, damaging or similar nature in the nature of all kinds of financial content, legal, criminal and administrative responsibility for the content of the sender member / members are belong.
Related News