Erdogan on Wednesday labelled the anti-graft probe launched December 17 "a coup attempt under the guise of corruption." 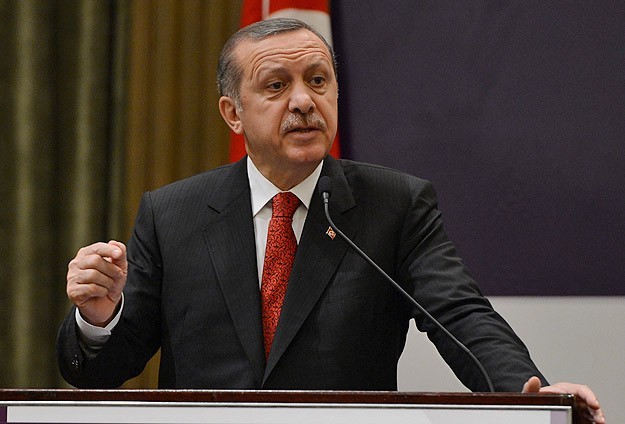 Referring to the Istanbul-based anti-graft operations that have shaken the country, the Turkish prime minister called the entire investigation a conspiracy against a successful Turkey, and he asserted that it targeted not the Turkish government or the ruling AK Party, but Turkey itself.

"The December 17 process aimed at hitting several targets with only one anti-graft probe," Erdogan said. "We all see that the content and the packaging of the probe are totally different."

The cover of the corruption probe, Erdogan claimed, involves a "smear campaign of corruption while its content is sabotage against democracy, national will and politics, especially in terms of the solution process and our foreign policy, as it has recently been revealed."

The prime minister made his comments as he addressed Turkey’s official representatives from around the world, who have flown back to Turkish capital for their 6th annual gathering, in the Turkish capital of Ankara.

Touching on the draft law proposing a restructring of the Turkish Supreme Board of Judges and Prosecutors, Erdogan asserted that Turkish government's main goal by making amendments was not to interfere with the judiciary but to fight against an illegal organization within the judicial bodies.

Also, Erdogan slammed allegations that his government has aided terrorist groups, saying that "neither Turkey nor the goverment can be badly affected by the accusation and slander that we support terrorism."

The prime minister also said Turkey doesn't keep secrets in its foreign policy. "Turkey is a country that acts with principles, not secret intentions or agendas," he said.

He added that Turkey had great respect for the borders of every country.