Trump - Kim summit to be held in Asia: Pompeo

Second summit between US, North Korean leaders to be held in February 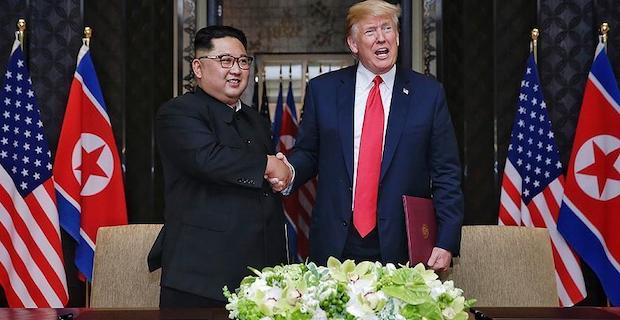 In an interview with Fox News, Pompeo said: “We'll do it someplace in Asia”.

Earlier this month, the U.S. and North Korea agreed to hold another summit in February between their leaders during a meeting between Pompeo and Kim’s deputy Kim Yong Chol in Washington.

Trump and Kim held their first summit in Singapore last year that sought to end nuclear programs of North Korea which is under harsh UN sanctions since 2006.

“Now it's time for my team and all of the United States government to work with the North Koreans to execute that and to deliver on our commitment to denuclearize that peninsula,” Pompeo told Fox News.

“Chairman Kim has told us he's prepared to do it, and now the mission is to deliver on that,” he added.

On Wednesday, Pyongyang sought relief from UN sanctions to “boost trust” ahead of the summit.

“Improvement in relations and sanctions cannot go side by side," wrote Rodong Sinmun newspaper, the organ of the Kim’s ruling party.

Keywords:
Donald TrumpKim JongSummit
Your comment has been forwarded to the administrator for approval.×
Warning! Will constitute a criminal offense, illegal, threatening, offensive, insulting and swearing, derogatory, defamatory, vulgar, pornographic, indecent, personality rights, damaging or similar nature in the nature of all kinds of financial content, legal, criminal and administrative responsibility for the content of the sender member / members are belong.
Related News