Plan seeks to limit influence of China, Russia in region 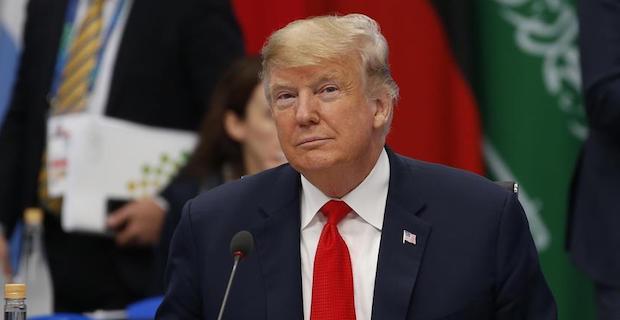 The Trump administration rolled out Thursday its new Africa strategy, taking aimed at what it called Russia and China's "predatory" behavior in the region.

National Security Advisor John Bolton made specific mention of the countries during the announcement saying they "are rapidly expanding their financial and political influence across Africa".

"They are deliberately and aggressively targeting their investments in the region to gain a competitive advantage over the United States," Bolton said at the conservative Heritage Foundation think tank in Washington.

Bolton said China in particular "uses bribes, opaque agreements and the strategic use of debt to hold states in Africa captive to Beijing's wishes and demands."

Bolton, who is one of Trump's most influential advisors, made specific mention of China's opening of a military base in Djibouti, which he said threatens a strategic shift in the pivotal Red Sea region.

China opened the base in the Horn of Africa in August, 2017. It lies in close proximity to the U.S.'s only permanent military base on the continent, Camp Lemonnier, and U.S. officials have accused it of being the site from which lasers have been fired at U.S. airmen operating in the area.

The U.S. alleges at least two pilots have needed medical treatment after being struck by the lasers.

And of Russia, Bolton said the country is also "seeking to increase its influence in the region through corrupt economic dealings."

"It continues to sell arms and energy in exchange for votes at the United Nations, votes that keep strongmen in power, undermine peace and security, and run counter to the best interests of the African people."

Trump has yet to visit Africa, and there are no known plans for him to do so yet.

Keywords:
TrumpAfrica Strategy
Your comment has been forwarded to the administrator for approval.×
Warning! Will constitute a criminal offense, illegal, threatening, offensive, insulting and swearing, derogatory, defamatory, vulgar, pornographic, indecent, personality rights, damaging or similar nature in the nature of all kinds of financial content, legal, criminal and administrative responsibility for the content of the sender member / members are belong.
Related News