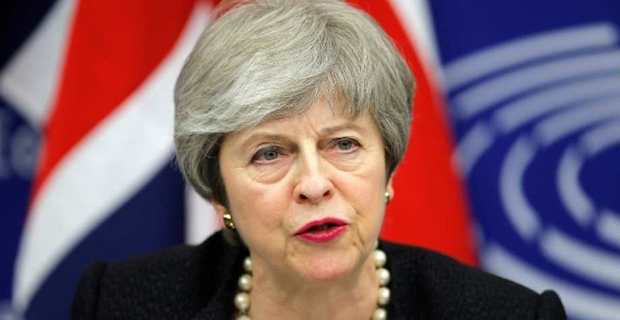 Prime Minister Theresa May said on Friday she will step down from the top government office and as leader of the Conservative Party on June 7. May made a short statement this morning after meeting the chair of her party’s 1922 Committee, Sir Graham Brady. May had become the Tory leader and prime minister after the departure of David Cameron in 2016 following British voters’ decision to leave the EU in a referendum. She has negotiated with the EU leaders a withdrawal agreement but failed to pass it through the House of Commons repeatedly, failing to impress her own MPs to support it. May was under great pressure to resign for the past four months as she failed to gather majority support for her Brexit deal.

Keywords:
Theresa MayUK Prime MinisterTheresa May Resigned As UK Prime Minister
Your comment has been forwarded to the administrator for approval.×
Warning! Will constitute a criminal offense, illegal, threatening, offensive, insulting and swearing, derogatory, defamatory, vulgar, pornographic, indecent, personality rights, damaging or similar nature in the nature of all kinds of financial content, legal, criminal and administrative responsibility for the content of the sender member / members are belong.
Related News