The UK’s Turkish Cypriot community are saddened and shocked

The UK’s Turkish Cypriot community are saddened and shocked to see their historic community centre being rented out to other institutions by Evkaf. 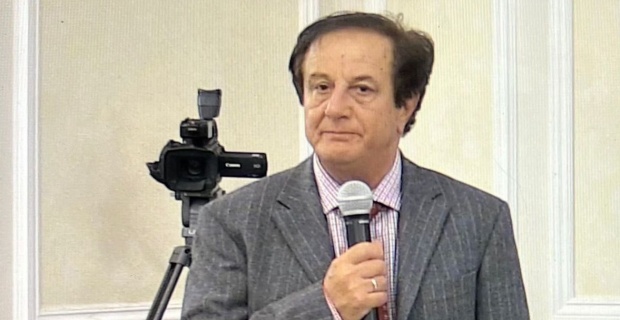 A five-storey building, situated in an expensive area of London which has been the home of the Turkish Cypriot diaspora for more than half a century has been rented out to North Cyprus’ institutions and private sector organisations, despite objections from the UK’s Turkish Cypriot community.A detailed report dated November 2016 by Charles Ramsden Consultancy Services, prepared on behalf of the UK’s Turkish Cypriot community had recommended that a new building or buildings be purchased from the proceeds of the long-leasing of the property. The objective behind this was to provide a new multi-functional community centre/hub, which could serve the cultural, educational, and health needs of many Turkish Cypriot associations with particular focus on young people. The report was submitted on behalf of the Council of Turkish Cypriot Associations (UK) (CTCA); the Turkish Language, Culture & Education Consortium of the UK, the Turkish Football Federation (UK) and the Cyprus Turkish Society. However, the findings and proposals of the report have been completely ignored by Evkaf. In six years, the CTCA received only the one letter in February 2022, explaining that the building would be rented out, and income managed by Evkaf itself. More recent questions from the CTCA about detail on who the prospective tenants would be, and what income would be derived for the community have also been ignored.

Fahri Zihni, Chair of CTCA said “We are dismayed and disappointed that our report was ignored, and the decision was taken by Evkaf to turn it into a building which serves its own purposes rather than the young children, the youth, the elderly and the needy Turkish Cypriots of London”. 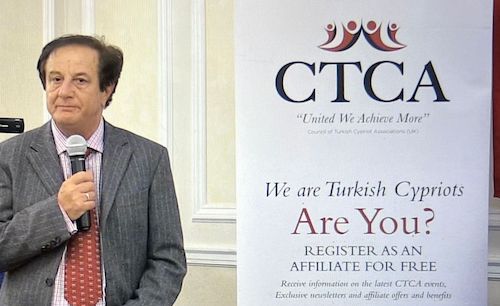 Evkaf, the North Cyprus Islamic Charitable Foundation does not dispute that the Vakif’s legal beneficiaries are the UK Turkish Cypriot Community. However, the fact that they have chosen to rent the building, instead of long-leasing it and purchasing another building in North London runs counter to the best interests of the community.Fahri Zihni said “This building was bought by the hard-earned money of ordinary British Turkish Cypriots and assistance from the Turkish Government half a century ago. The only reason it was assigned to the Evkaf in Lefkosa was to ensure that it could not be sold for private profit. The terms of the Vakif made it quite clear that the development and management of the building were by the UK community, for the UK community”.
Evkaf does not have a written agreement with the UK’s Turkish Cypriot Community. It has recently been stated in the newspapers that income received from the rental or leasing of the building will be used to pay for the rent of alternative buildings closer to the Turkish Cypriot community. However, it has not provided any details of how much will be earned from the building for the community. What it has stated is that no money will be available to the Turkish Cypriot Community for an unspecified period of time, because the institution incurred costs in repairing the building which it insists must be extracted from any future income.

Fahri Zihni said “Not a penny has been received from Evkaf for our community. How do we know that our London community is getting the best market value from this building? How can anyone plan expenditure ahead without knowing how much will be available? Especially at this time when the exchange rate for the Turkish lira is so low, how can North Cyprus institutions afford to pay some of the highest rates in the world for renting this property? Why would the the Chamber of Commerce want to locate in central London when most Turkish Cypriot businesses are in North London?”
Following the publication of a newspaper article by Evkaf on the issue on 20 April 2022, the reaction from the Turkish Cypriot community has been strong, with many people demanding answers.
Dr Tahsin Bilginer, a community physician and a former CTCA president who has served the needs of the Turkish Cypriot community for decades said: “I am disgusted by Evkaf's actions. This building was assigned to Evkaf 70 years ago because we trusted it. Evkaf is taking this building from us and using it for its own benefit. This is unforgivable"

“This building has been designed from the outset to serve our Turkish Cypriot community in the UK. It is very wrong for Evkaf to seize this building and rent it to the Turkish Cypriot Chamber of Commerce, without consulting with the CTCA and other non-governmental organizations and ignoring the 300,000 Turkish Cypriots."

Tuncel Nalbandoglu, well known London businessman and owner of Vatan Catering Ltd said: “It is a great injustice and insult to the Turkish society living in England that Evkaf gave the building of the Turkish community living in London to the Chamber of Commerce in Cyprus and other private companies”.

Zeka Alsancak, MBE, former CTCA President said “The rules of governance require that each Vakif must be performed according to the purpose for which that Vakif was created. Evkaf has no authority to exceed or change the purpose. If the decisions we have heard regarding the D’Arblay Street building are correct, these would be against Vakif rules and as such, represent a betrayal. The word "Trust", which stands for Vakif in English, should be well understood”.UK Organisations have always urged Evkaf to make provision for a new building with the proceeds of long-leasing, or through property exchange. The CTCA expressed concern about the planned opening ceremony for the building planned for 5 May 2022 by a Cyprus based institution.