The Turkish National Security Council has invited all countries to recognize the independence of the TRNC.Foreign Minister Ertuğruloğlu met with Olson 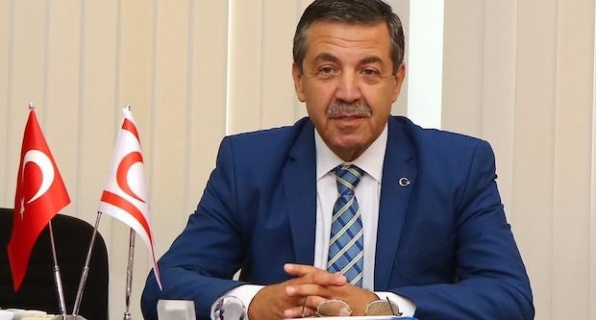 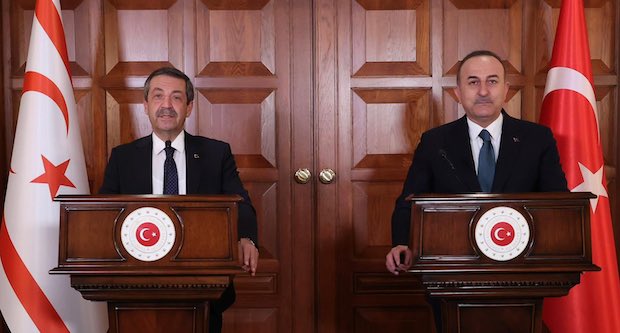 TRNC Minister of Foreign Affairs Tahsin Ertuğruloğlu met with press members and evaluated his latest contacts within the scope of the UN General Assembly in New York and Washington D.C. during a press conference in the US capital.Reminding the call of Turkish President Recep Tayip Erdoğan for an "independent Cyprus" during his address to the UN General Assembly, Ertuğruloğlu said that it is extremely important for a leader like President Erdoğan to make such a call in an environment like the UN General Assembly.
Minister Ertuğruloğlu expressed that the Cyprus issue could only be solved by establishing a balance between the statuses of the two sides on the island. The Minister warned that the Cyprus issue will continue to remain on the agenda of the international community as long as one of the sides on the island is treated as a state and the other a community.
Reminding the status of the 1960 Republic of Cyprus, Ertuğruloğlu noted that the Turkish Cypriots embraced this republic and added that it was the Greek Cypriot side that who thought that it should be eliminated at the most appropriate time. The minister noted that with the UN Security Council (UNSC) resolution 186 taken in 1964, it was guaranteed that the Cyprus problem could not be resolved through negotiations under the UN umbrella.  Stating that those responsible for creating the Cyprus Problem were also the five permanent members of the UN Security Council and that these countries had their own interests and plans in the region, the Minister said “We should not have any expectations at the UNSC”.  Ertuğruloğlu pointed out that he met with UN Secretary General Antonio Guterres as well as the United Nations Under-Secretary-General for Peace Operations Jean Pierre Lacroix as part of his contacts in New York. He said that the Turkish Cypriot side had presented Lacroix with a draft of a Status of Forces Agreement (SOFA) they had prepared and were waiting for a reply.

He said “We will decide on our next move according to the UN's response” and noted that the Greek Cypriot authorities had no jurisdiction in the TRNC which was why they could not be the one to give approval of UN operations in the north.

He said the Turkish Cypriot side, which had adopted the policy of a two-state and equal international status, was no longer willing to extend its hospitality and was insisting on the signing of a separate agreement.

Regarding the Council of Europe Committee of Delegates’ decision to close the Loizidou judgement of the European Court of Human Rights, Ertuğruloğlu said “confirmation of the Immovable Property Commission as an effective and authorized commission and fulfillment of the requirements of domestic law is a success for us, a serious failure for the Greek Cypriots”. 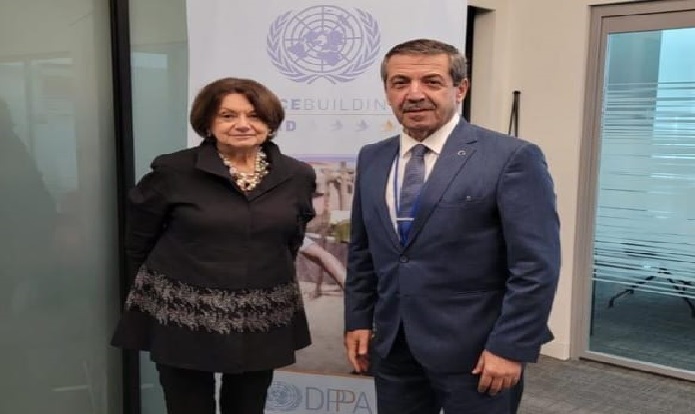 Minister of Foreign Affairs Tahsin Ertuğruloğlu, who was in New York as part of the 77th United Nations General Assembly meetings, has gone to Washington and met with the Deputy Assistant Secretary at the Bureau of European and Eurasian Affairs of the U.S. Department of State, Erika Olson.
According to the written statement issued by the TRNC Ministry of Foreign Affairs, Ertuğruloğlu made evaluations about Cyprus issue and gave information about the final position of the Turkish Cypriot side at the meeting.

Keywords:
Security CouncilTurkishIndependence Of The TRNCTRNCRecognize The Independence Of The TRNCForeign Minister Ertuğruloğlu Met With Olson
Your comment has been forwarded to the administrator for approval.×
Warning! Will constitute a criminal offense, illegal, threatening, offensive, insulting and swearing, derogatory, defamatory, vulgar, pornographic, indecent, personality rights, damaging or similar nature in the nature of all kinds of financial content, legal, criminal and administrative responsibility for the content of the sender member / members are belong.
Related News