The Future of the British Student

CENTRE FOR POLICY ANALYSIS AND RESEARCH ON TURKEY (RESEARCHTURKEY) 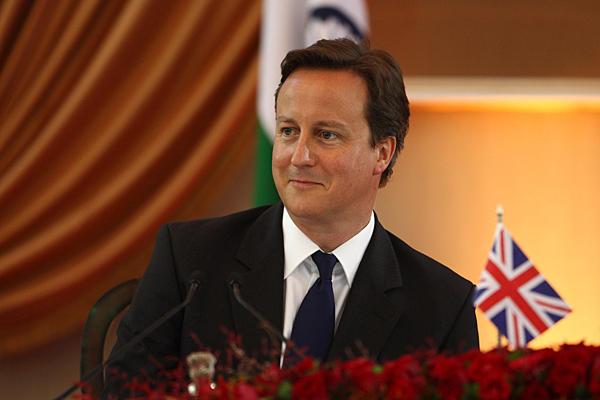 While student protest movements have embraced the rhetoric of ‘free education’ and ‘educational equality for all’, their rise and fall over the past few months has proved them to be only little more than empty politician-bashing.

Following the publication of the ‘White Paper’ by Universities Minister David Willets in June 2011, students and academics joined forces in what looked to be a widespread move of dissent across the world of higher education. The most controversial of the Paper’s content, the decision to raise tuition fees to a maximum of £9,000 per year, came under particular fire from journalists, students and academics alike as being ‘untenable’ and ‘unfair’.
Seen by some as “the most radical shakeup of the higher education in decades” (Education Guardian, 28.06.11), it sparked a largely student-led backlash that Willetts can hardly have anticipated. Ignoring the minister’s measures within the legislation to offset costs over an extended period of time through an interest-free loan, not to mention the drive to encourage popular universities to increase their intake and have costs based on employment outcomes, the reaction was predominantly one of vitriol.
What seemed particularly striking throughout the process of anger and revolt (if we can call it that) is the degree to which criticism, and especially on students’ behalf, was not leveled in a reasonable or consistent way. While, for example, the University of Cambridge as a whole published a detailed and comprehensive account of the University’s objections to the paper in their document The Government White Paper: Students at the Heart of the System Response to the Consultation from the Council of the University of Cambridge following meetings occurring from January onwards (much of them about speculative legislation rather than what had been published), opposition on the student front has been far more disparate and, sadly, misinformed.
This became increasingly obvious come November, when members of Cambridge Defend Education (CDE), a student activist group who claims their aim is to run “an active campaign to fight government proposals which threaten the future of higher education, as part of the fight against wider public sector cuts”  decided to occupy the Lady Mitchell Hall (LMH) building on Cambridge’s arts and humanities campus. The occupation, which ran for a little over a week running up to the end of last academic term, turned out to be more bluff than content. CDE’s members, like any student activists, were certainly enthusiastic about their cause; upon meeting them, they were keen to emphasise what they considered to be the ‘evils’ of the White Paper, along with promoting their own, alternative ‘White Paper’, which would apparently solve all the problems of funding higher education faced by the government at this time.
Yet it is notable that, when Willetts himself came to respond in a talk at LMH on the 22nd November, the protestors simply did not let him make his speech on ‘The Idea of the University’. The minister was heckled continuously to the extent that his speech was cancelled and he was forced to leave. (See video)  Cambridge academic Simon Goldhill, who had organized the talk, told student newspaper The Tab that CDE’s actions were “self-indulgent nonsense” and “a shame to Cambridge.” The occupation itself seemed to style itself as a pseudo-Marxist liberation movement, touting such literature as the ‘Socialist Workers Party’ pamphlets which were spread across LMH. The hall itself remained virtually empty for all but a few hours of the occupation. Having had no personal contact with the other, parallel Occupy movements at the Bloomsbury, Goldsmith’s and Warwick Universities, one should not generalize, but in the case of Cambridge it certainly seemed to be the case that all the ‘anger’ that CDE and similar movements feel against the evils of the ‘government’ and the ‘cuts’ could be much more profitably employed.
Whilst distributing pictures of Lenin and reciting revolutionary poetry may be useful in stirring up the mass hysteria surrounding cuts and education cuts in particular, it provides a mere mask for the absence of measured investigation of policy and real engagement with the authorities concerned (as the heckling incident shows).  How can movements like CDE possibly hope to make a difference if they are not willing to engage, respond and compromise? The bald facts of British economy remain, and it is necessary and right that the education sector should have to bear at least some of the burden. This is not to say that government policy on education is flawless; far from it. But if students really wish to have an impact, rather than merely making empty noises, they are going to have to forget the rhetoric of ‘rebellion’ and start engaging in the process of dialogue. Much as the average student protestor probably enjoys the romantic idea of the Che Guevara-esque rebel, the fact that Britain is functioning under a democracy must preclude this kind of radicalism as a means to change. And, as CDE quietly retired at the end of the term, having thankfully had a negligible effect on lectures and the academic welfare of their fellow students during the time of their occupation, the outcome was clear. We are not living in an age where shouting loudly and waving one’s arms about will have any effect. It is time for the British student to sit down, listen, and begin to engage. Only then can we even hope to start having an effect on our collective future.
Papatya Sutcliffe
Sutcliffe, Papatya (May, 2012), “The Future of the British Student”, Vol. I, Issue 3,  pp.23-25,  Centre for Policy Analysis and Research on Turkey (ResearchTurkey), London: ResearchTurkey (http://researchturkey.org/p= 975)
Your comment has been forwarded to the administrator for approval.×
Warning! Will constitute a criminal offense, illegal, threatening, offensive, insulting and swearing, derogatory, defamatory, vulgar, pornographic, indecent, personality rights, damaging or similar nature in the nature of all kinds of financial content, legal, criminal and administrative responsibility for the content of the sender member / members are belong.
Related News