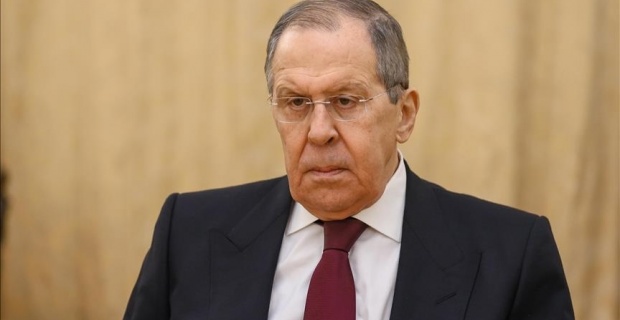 The Russia-Ukraine peace talks are not easy, but there is hope for finding a compromise, Russian Foreign Minister Sergey Lavrov said on Wednesday. Speaking in an interview with the Russian RBC TV Channel, Lavrov said his assessment is based on the information provided by the Russian delegation at the peace talks with Ukraine.

"I am guided by the assessments that our negotiators give. They state that the negotiations are not easy for obvious reasons, but nevertheless there is some hope for finding a compromise," Lavrov noted.

He then added that some representatives of the Ukrainian delegation have given similar assessments. Lavrov said it is too early to speak about a meeting at the level of foreign ministers, claiming that the Ukrainian politicians use such events to get publicity and demand a decision at a higher level. As an example, Lavrov mentioned his latest meeting with Ukrainian Foreign Minister Dmytro Kuleba on the sidelines of the Antalya Diplomacy Forum in Turkiye, saying the whole meeting Kuleba that lasted around one-and-a-half hours only repeated the public statements he had made before.

During the meeting -- held with the presence of Turkiye's Foreign Minister Mevlut Cavusoglu -- Lavrov said that despite his several reminders that he wanted to hear what was not heard in public, Kuleba "did not put forward any new ideas."

He stressed that high-level meetings are organized to address difficult issues that cannot be overcome otherwise.

Lavrov also said the format that is working in Belarus is currently the most effective and that the negotiators are close to signing an agreement. He expressed hope that Kyiv will not change its position at the last moment.

Asked about the mediation efforts by some countries, the diplomat said France, Israel, Switzerland, and Turkiye have offered mediation.

"Proposals from those countries that do not play a Russophobic game, understand the root causes of the current crisis, understand that we are talking about the fundamental national interests -- the legitimate interests of the Russian Federation -- and that do not join this war, of course, we consider these proposals positively," Lavrov said.

He noted that Israel and Turkiye did not join anti-Russian sanctions and so Russia views their efforts favorably.

Keywords:
RussiaUkrainePeace TalksLavrov
Your comment has been forwarded to the administrator for approval.×
Warning! Will constitute a criminal offense, illegal, threatening, offensive, insulting and swearing, derogatory, defamatory, vulgar, pornographic, indecent, personality rights, damaging or similar nature in the nature of all kinds of financial content, legal, criminal and administrative responsibility for the content of the sender member / members are belong.
Related News