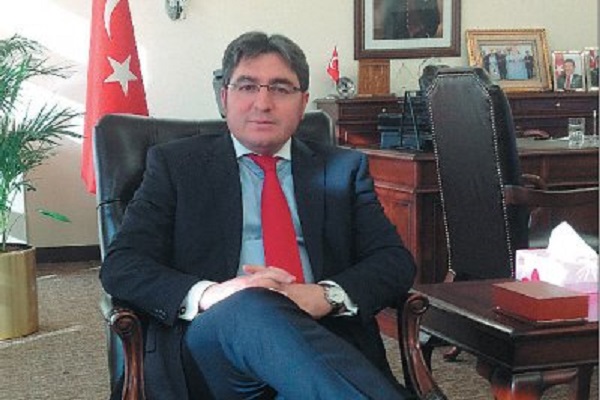 Speaking to Qatar Tribune recently, the ambassador noted that this initiative was intended to meet the growing demand in the country for an exposure to Turkish culture.

The ambassador said,"Many Qatari people are visiting Turkey today. In 2011, the number of visitors was 7,000, and in 2012, it was double that, 14,000. Also, Turkish TV series are very popular in Qatar. Besides, people here are buying houses in Turkey. So, people would like to learn more about Turkish culture."

Elaborating on this point, the envoy said,"Qataris want to know about Turkey, and this is why we are planning to build a Turkish Cultural Centre in Doha. The Centre will seek to promote Turkish language and Turkish culture. I hope I can give the good news on this soon as we would like to open this centre as soon as possible."

While the centre remains in the planning stages for now, the ambassador said that it was approved by the Prime Minister of Turkey during his visit to the country last year.

The cultural exchange initiatives are mutual, as the ambassador also noted that there are similar plans for a Qatari cultural centre in Turkey."I had a meeting with the Minister of Foreign Affairs of Qatar HE Dr Khalid bin Mohammed al Attiyah recently, and he informed me that they were planning to open Qatar House, a cultural centre of the country in Turkey," he said.

Other cultural events are in the planning stage, and the ambassador visited Katara on Monday to discuss the opportunity for a Turkish Festival on the lines of other international festivals hosted by the Cultural Village in the past.

Demirok has obtained an MA in Public Diplomacy, and previously served as the consul general of Turkey in London for four years in addition to being posted in Greece and Australia, and the United Nations office in Vienna. The senior diplomat has served as political advisor to two Turkish ministers of foreign affairs, Ali Babacan and Prof Ahmet Davutof1'f0lu. His diplomatic career spans more than 20 years.