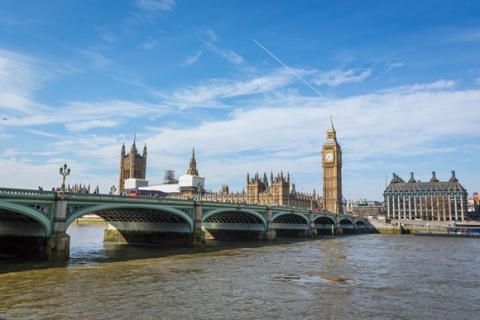 Ahmet Gürhan Kartal  -AA- 06.06.2022 LONDON-Tory members of the UK parliament will hold a vote of confidence in Prime Minister Boris Johnson as party leader on Monday evening, the party's 1922 Committee chairman Sir Graham Brady announced.The announcement came after speculations over the Jubilee weekend that the threshold of 15% lawmakers had been reached.Brady said the confidence vote would be held this evening between 6 p.m. and 8 p.m.

"We reached the point I could communicate with the prime minister yesterday," Brady said in a televised statement.

He added: "The threshold of 15% of the parliamentary party seeking a vote of confidence in the prime minister has been passed.

"That vote will take place in the House of Commons between 6pm and 8pm. We will announce the result shortly thereafter."

In order to continue as party leader, Johnson needs the support of at least 50% of the Tory members of parliament, which is 180 votes.If Johnson loses the vote, he will have to resign as prime minister and a leadership contest will start immediately after.After the announcement, Downing Street released a short statement on the vote.

"Tonight is a chance to end months of speculation and allow the government to draw a line and move on, delivering on the people's priorities," a spokesperson said.

"The PM welcomes the opportunity to make his case to MPs and will remind them that when they're united and focused on the issues that matter to voters, there is no more formidable political force."

Johnson is expected to address the Tory MPs before the vote.In a letter he wrote to them, Johnson said he knows that "over recent months I have come under a great deal of fire, and I know that experience has been painful for the whole party."

"Some of that criticism has perhaps been fair, some less so. Where there have been valid points, I have listened and learned and made significant changes."

He added: "But I cannot stress too much that we have a golden chance to put this behind us now.

"With your support, I believe that tonight we have a great prize within our grasp. We can put an end to the media's favourite obsession. We can get on with the job without the noises off.

"And I am absolutely confident that if we can unite in the days ahead then in due course we will win again, repay the trust of the 14 million who voted for us, and continue to serve the country we love."

Johnson has been harshly criticized for months over parties at Downing Street during the COVID-19 lockdown and the party's poor performance in the May 5 local elections has also raised eyebrows, triggering speculation that it may lose the next general election under Johnson's leadership.

Keywords:
Prime MinisterBoris JohnsonConservative Leader
Your comment has been forwarded to the administrator for approval.×
Warning! Will constitute a criminal offense, illegal, threatening, offensive, insulting and swearing, derogatory, defamatory, vulgar, pornographic, indecent, personality rights, damaging or similar nature in the nature of all kinds of financial content, legal, criminal and administrative responsibility for the content of the sender member / members are belong.
Related News