Peace talks have begun in Kazakhstan 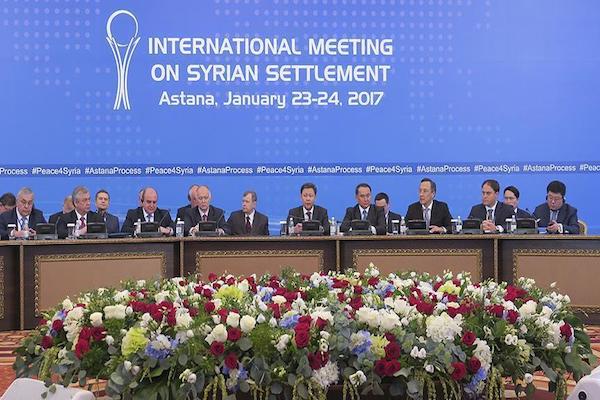 Fourteen representatives of armed opposition groups gathered at the Rixos Hotel for indirect negotiations with delegates representing the Syrian government. The discussions, which will focus on extending the cease-fire that came into effect on Dec. 30, have been brokered by Turkey, which backs the opposition, and Russia and Iran, who support Bashar al-Assad’s regime.

They will discuss violations of the cease-fire as well as improving security within Syria in a bid to pave the way for a political solution to the six-year conflict.

The UN special envoy to Syria, Staffan de Mistura, attended the talks that began at around 1 p.m. local time (07.00GMT).

The meeting is due to last until Tuesday evening, the Kazakh Foreign Ministry said. More than 400 journalists will attend.

Groups such as Daesh and Jabhat Fateh al-Sham, formerly known as al-Nusra Front, are excluded from the cease-fire and the talks.

An estimated 400,000 people have been killed and 11 million displaced since the start of the Syrian civil war in March 2011, according to the UN.