DOLLAR 16,34
EURO 17,56
GOLD 973,08
BIST 2.450,84
The new Mayor of Enfield has been formally sworn in and the borough’s...
The seasonal fruit picking industry is struggling because of Brexit and...
London Craft Week, A Taste of Türkiye at Yunus Emre Institute London
Make a splash this summer with free swimming lessons
Dr Anna Colton's tips for parents and guardians during the exam season!...
An English Oak sapling tree has been planted in Enfield to commemorate...
Rishi Sunak is to warn that the next few months will be tough
Bank station’s new, spacious southbound Northern line platform officially...
Customers will also spot Royal station announcements and digital signs...
UK had recovered from the pandemic or in deep recession ?

Medvedev hinted on Friday that former Yukos oil company chief Mikhail Khodorkovsky would not be freed under an amnesty President Vladimir Putin is preparing, and a prosecutor 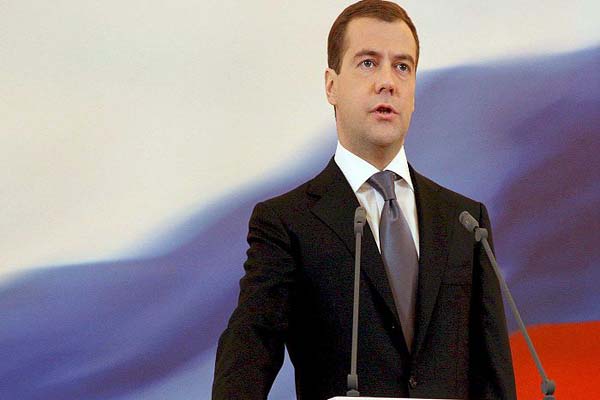 Russian Prime Minister Dmitry Medvedev hinted on Friday that former Yukos oil company chief Mikhail Khodorkovsky would not be freed under an amnesty President Vladimir Putin is preparing, and a prosecutor said the jailed tycoon could face new charges.

The head of Putin's human rights council said this week that Khodorkovsky and two women from the punk band Pussy Riot could benefit from the amnesty marking the anniversary of the adoption of Russia's post-Soviet constitution in 1993.

But, without naming names, Medvedev said Russia should be careful about freeing people convicted of crimes like hooliganism - the charge in the Pussy Riot case - and theft, which was the indictment against Khodorkovsky.

"Our people really are not much inclined, for example, to conduct acts of amnesty for individuals involved in violent crimes, for individuals who committed crimes against society, including hooliganism," Medvedev said in a TV interview.

"People are not very inclined to decide to issue an amnesty for those who committed major state crimes (such as) theft. And so the president and parliament must listen to public opinion."

Supporters say Khodorkovsky, arrested in 2003, was jailed to curb a political challenge to Putin, bring his oil assets under state control and send a signal to other tycoons to toe the line.

In the eyes of Kremlin critics at home and abroad, Khodorkovsky's jailing is one of the biggest stains on the record of Putin, who was first elected president in 2000 and has not ruled out seeking another six-year term in 2018.

Khodorkovsky is due for release in August but some activists doubt he will walk free while Putin is in power. The authorities continue to investigate dealings at now-defunct Yukos, prompting frequent speculation he could face new charges.