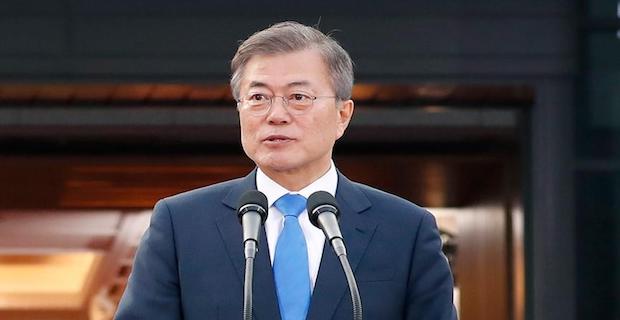 South Korean President Moon Jae-in declared Wednesday his plan to uncover the missing remains of Korean War soldiers, suggesting that better relations with North Korea will allow for a thorough search of the Demilitarized Zone that currently separates the two sides.  Hundreds of thousands of service members remain unaccounted for since the conflict, which ended in a cease-fire decades ago.

One hundred and sixty-five of those missing soldiers came from Turkey, which was one of the first nations to join the war on the side of South Korea following the North’s attack on June 25, 1950.

The Turkish Brigade ultimately supplied nearly 15,000 troops, and its losses of just over 1,000 soldiers represented the allies’ highest proportion of Korean War fatalities, cementing a “brothers in blood” relationship with South Korea.

Moon’s promise to find the missing war dead came during his Memorial Day address, just days before a planned U.S.-North Korea summit that could lead to a Korean War peace treaty finally being reached.

"When South-North relations improve, we will push for the recovery of the remains in the Demilitarized Zone first of all. We will also be able to retrieve the remains of U.S. and other foreign soldiers who participated in the war,” Moon said in a speech at the National Cemetery in Daejeon, according to local news agency Yonhap.

"We will continue efforts to recover the remains of military and police members who fell during the Korean War until we find the last remaining person," he added.

Keywords:
South Korean President Moon Jae-inSouth Korean PresidentMoon Jae-in
Your comment has been forwarded to the administrator for approval.×
Warning! Will constitute a criminal offense, illegal, threatening, offensive, insulting and swearing, derogatory, defamatory, vulgar, pornographic, indecent, personality rights, damaging or similar nature in the nature of all kinds of financial content, legal, criminal and administrative responsibility for the content of the sender member / members are belong.
Related News