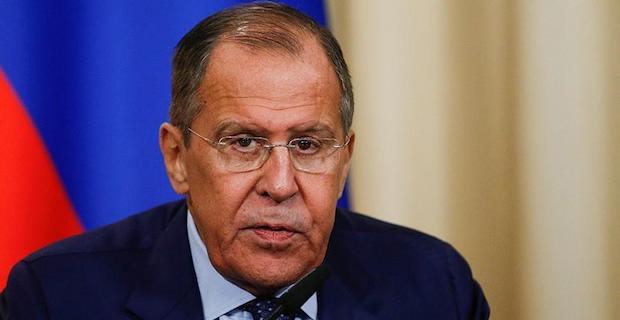 Russia's top diplomat on Wednesday said Turkey's efforts to establish a demilitarized zone in Syria's Idlib were "progressing well" as an October 15 deadline draws near for the completion of the task.

"The deadline for demilitarized zones to be fully functional expires on October 15. A day or two do not play any role, in any case, the quality of these works is more important", Sergey Lavrov told reporters in a news conference in the capital Moscow following his meeting with the Andorran counterpart Maria Ubach.

He said Turkey played the main role in the creation of the demilitarized zone, adding: "The process is progressing quite well."

Ankara and Moscow also signed a memorandum of understanding calling for the “stabilization” of Idlib's de-escalation zone, in which acts of aggression are expressly prohibited.

Under the deal, opposition groups in Idlib will remain in areas in which they are already present, while Russia and Turkey will conduct joint patrols in the area with a view to preventing renewed fighting.

Syria has only just begun to emerge from a devastating conflict that began in 2011 when the Assad regime cracked down on demonstrators with unexpected ferocity.​

Lavrov also confirmed that the Russian administration and Israeli government officials were working to set a date for an expected visit by Israeli Prime Minister Benjamin Netanyahu in Russia.

Commenting on Israel's intention to declare sovereignty over the Golan Heights, Lavrov said that the legal status of the area has been defined by the UN Security Council resolutions.

"To change the status means to violate directly the Security Council resolutions," he said.

Keywords:
Sergey LavrovIdlib
Your comment has been forwarded to the administrator for approval.×
Warning! Will constitute a criminal offense, illegal, threatening, offensive, insulting and swearing, derogatory, defamatory, vulgar, pornographic, indecent, personality rights, damaging or similar nature in the nature of all kinds of financial content, legal, criminal and administrative responsibility for the content of the sender member / members are belong.
Related News