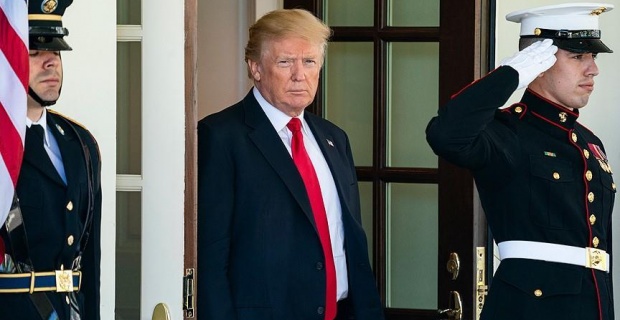 In just one day he will have an opportunity to walk back decades of bitter acrimony between the U.S. and North Korea that has repeatedly threatened the cataclysm of all-out nuclear war.

But to do so, Trump will have to commit to something he has thus far been reluctant to adhere to: international cooperation.

To date the American president has embarked on an “America first” foreign policy that has hinged on the U.S. assuming an inward, protectionist bent, seeking to destroy international accords where possible, notably the 2015 nuclear deal with Iran, while reneging on other commitments, including a free trade deal with Pacific Rim nations and an historic climate accord.

Amid the growing torrent of shredded accords, Trump has a dearth of major foreign policy accomplishments, raising the stakes for this historic sit-down with North Korean leader Kim Jong-un Tuesday morning in the Southeast Asian city-state of Singapore.

The summit is precedent-setting not simply because it will mark the first time a serving U.S. president has met a North Korean leader, but also because it could serve as a turning point in relations between the erstwhile enemies.

The U.S. has offered economic cooperation and security guarantees for the North should it put down its ballistic missiles and undo its nuclear weapons program. But getting the parties to find the right middle ground that would enable this historic accord to be brokered is unlikely to be a quick task.

As yet, neither of the sides have agreed on basic principles that would lead to the exchanges that are being sought, or mutually defined what those exchanges would include, increasingly the likelihood of drawn-out negotiations.

Trump himself has acknowledged the meeting is unlikely to be a one-off, pinning his hopes on the start of a longer process of negotiations between Washington and Pyongyang while saying “we’ll start with, perhaps, a good relationship.”

The most likely scenario coming out of the meeting is for the sides to agree to some kind of framework that would set up the contours of a future comprehensive agreement, Hans Kristensen, director of the Nuclear Information Project at the Federation of American Scientists, told Anadolu Agency.

“Neither side has committed to all the things in detail that the other side would like, and in order to meet the minds, so to speak, they have to put down on paper some outlines about where this process is supposed to go, and how, and what issues are going to be addressed when and in what sequence,” he said. “That’s going to be really tough to negotiate and will take quite some time.”

Whatever agreement is brokered, if one is agreed to at all, it is likely to require some form of participation from the international community, particularly the UN’s nuclear watchdog.

“The question on the nuclear agreement would almost certainly raise the role of the International Atomic Energy Agency [IAEA],” said Anthony Cordesman, the Arleigh A. Burke Chair in Strategy at the Center for Strategic and International Studies think tank in Washington.

“A great deal of this will depend on whether the agreement involves North Korea acceding to the Non-Proliferation Treaty [NPT],” he added

The landmark accord seeks to prevent the spread of nuclear weapons and regulate peaceful nuclear energy projects.

Should Pyongyang agree to accede to the NPT, the IAEA, which has also been monitoring Iran since the 2015 nuclear deal was reached, would step in to monitor and evaluate the accord’s implementation.

International monitoring and verification would be “essential” to any accord “given that Pyongyang has cheated on nuclear agreements in the past”, said Kelsey Davenport, the director for nonproliferation policy at the Arms Control Association in Washington.

“Established international organizations, like the International Atomic Energy Agency and the Comprehensive Test Ban Treaty Organization have the expertise and experience to monitor and verify certain types of commitments, and they should be drawn upon as part of an agreement,” she said.

But given the unique challenges that North Korea poses, their assistance alone will not be enough to ensure a sufficiently robust inspection mechanism. One such obstacle is the lack of an existing group or procedure capable of dismantling the North’s nuclear warheads.

Moreover, the parties themselves will need to go to the UN Security Council to have the organization endorse any agreement in order to make it binding under international law.

While Trump has shown a proven track record of reverting course and withdrawing the U.S. from its international obligations, his administration led by Ambassador Nikki Haley at the UN has, in the past, demonstrated some prowess in its ability to build consensus within the council on one key issue: penalizing North Korea.

Haley has led Washington’s efforts in the international body to apply what American officials often claim to be the toughest sanctions on Pyongyang in the country’s history. And indeed, they have had a stinging effect, curtailing almost completely North Korea’s ability to import oil, and grounding to a halt the North’s trade with China, North Korea's main regional trading partner.

Haley was critical in escalating the economic penalties, which had been in place since 2006. They have been aimed not simply at curbing the North’s rogue activities, but at bringing Pyongyang to the negotiating table. And instituting tougher measures has required Haley to ​build consensus with council members frequently at odds with U.S. foreign policy, namely China and Russia.

But the task ahead is much grander for the U.S. as it prepares to sit at the negotiating table with the North.

The UN, for its part, has signaled its willingness to assist however possible.

“We will do whatever we can to implement the outcome of the summit,” spokesman Stephane Dujarric said last week.

All that is needed is an agreement.

Keywords:
Donald TrumpU.S. President Donald Trump
Your comment has been forwarded to the administrator for approval.×
Warning! Will constitute a criminal offense, illegal, threatening, offensive, insulting and swearing, derogatory, defamatory, vulgar, pornographic, indecent, personality rights, damaging or similar nature in the nature of all kinds of financial content, legal, criminal and administrative responsibility for the content of the sender member / members are belong.
Related News