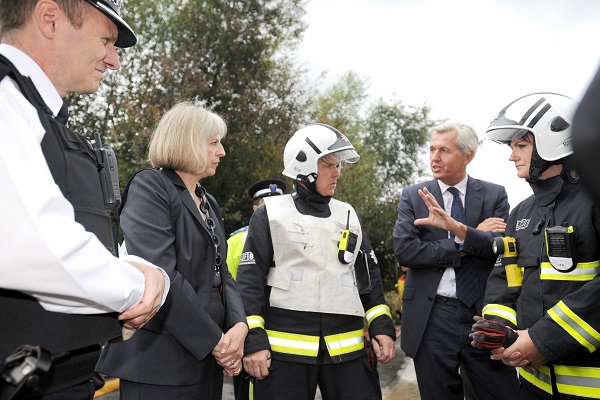 Criminals caught carrying a knife for a second time are likely to face an automatic jail sentence in future as Labour prepares to support Conservative plans for a crackdown on street violence.

Nick Clegg, the Liberal Democrat leader, however was attempting to block the new law which would introduce mandatory six month jail terms for repeat knife offenders which means the coalition government cannot introduce the laws. That’s why Nick de Bois is attempting to bring the law in with backbench support.

This week   Labour  are suggesting they was ready to back the Tory backbench plan. That would almost certainly result in the amendment successfully passing the Commons.

Conservative Cabinet ministers including Chris Grayling, the Justice Secretary, Theresa May, the Home Secretary, and Michael Gove, the Education Secretary, had all lined up behind the plan for tougher knife laws.

Mr Grayling wants to use the Bill to introduce automatic jail sentences for offenders caught carrying knives for a second time.

Leaked government documents disclosed that Lib Dem ministers, including Danny Alexander, the chief secretary to the Treasury, and David Laws, the schools minister, opposed the plan.

Mr Clegg was quoted as having told Cabinet colleagues: “We haven’t discussed it and I am not going to have it discussed.”

If Mr de Bois’s plan goes ahead Conservatives would not now need the support of their coalition partners to introduce the reforms if they had the backing of Labour MPs.

Nick de Bois (Enfield North) (Con): The Secretary of State has long been aware of the campaign run by my hon. Friend the Member for Enfield, Southgate (Mr Burrowes) and me on mandatory sentencing for knife crime possession. He has had the privilege of meeting Yvonne Lawson, whose son Godwin Lawson was tragically killed in 2010, and who has now devoted much of her life to mentoring and educating young children away from knife crime. Does the Secretary of State understand that she believes that mandatory sentencing for second offences would be a significant deterrent?

Chris Grayling: I pay tribute to my hon. Friend, and to his constituent, for the work they have done in this area. There is clearly an overwhelming view across the House in favour of change.

Under his plan, a mandatory six-month jail sentence would be introduced for adults convicted for a second time of possessing a knife.

Youths aged under 18 would be given four-months detention following a second conviction for the offence. At least 30 Tory MPs have already signed up to the amendment.

Only one in four of the 16,031 cases of knife possession last year resulted in immediate custody, he said.

“If we need any more convincing about the weak message being sent out about carrying a knife, then we need to look no further if thousands of children don’t regard it as serious.”

He added: “I hope backbenchers from across the House will support this amendment and it can become law.

“The support across the country and amongst backbench MPs should give the Deputy Prime Minister pause to reflect on his decision. It should also give the Prime Minister the confidence that he would be in tune with both his party and the country to support this measure.”