Sadiq Khan, London’s current mayor and Labour Party candidate for mayoral election on May 6, says he has a plan to help London recover from the “devastating” effects of Brexit and the coronavirus pandemic if he wins a second term. 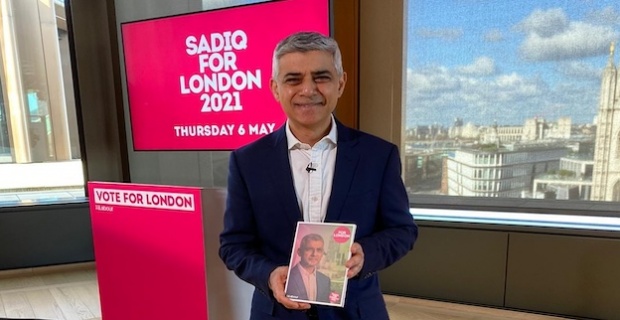 Ahmet Gurhan Kartal-LONDON AA-Khan says he will help London's recovery, young people's job prospects and keep improving city's air quality if re-elected. Sadiq Khan, London’s current mayor and Labour Party candidate for mayoral election on May 6, says he has a plan to help London recover from the “devastating” effects of Brexit and the coronavirus pandemic if he wins a second term.Speaking to Anadolu Agency, Khan said the British capital will emerge from the current situation as he would promote it extensively.

The mayoral election, alongside local elections across England, was postponed for a year because of the emergency Coronavirus Act 2020.A total of 20 candidates will compete to become London’s new mayor in elections to be held on May 6. 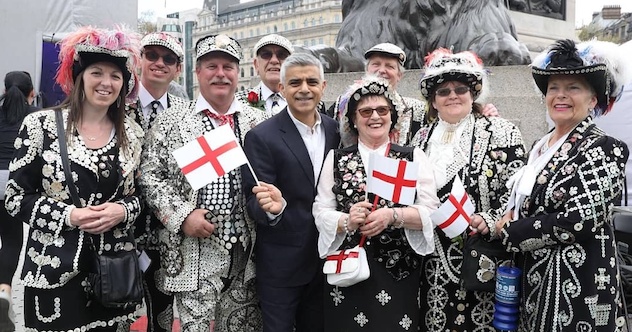 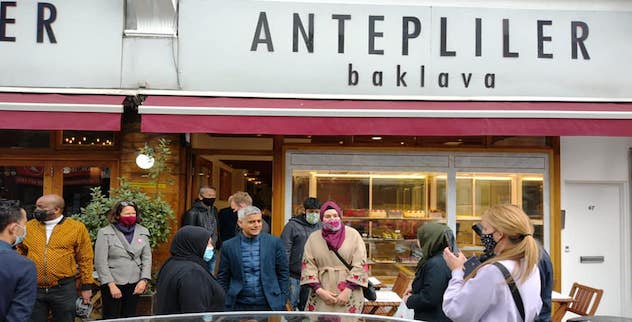 London famous Turkish restaurant Antepliler owner Ahmet Murat Ustunsurmeli : "Mayor of London Mr Sadig Khan  has visited us today we did discuss with him our concerns and worries about future of Haringey...  " 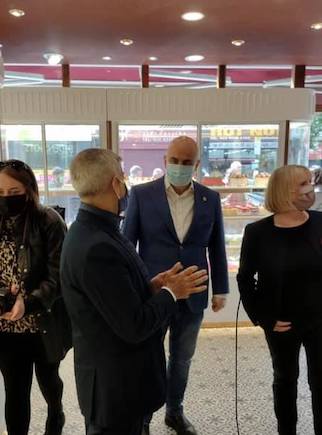 “I think the combination of Brexit and this awful pandemic has been devastating for businesses in London and across the country, particularly for those in retail, hospitality, culture, in leisure and tourism. In the last year, we have lost more than 300,000 jobs in London, and more than a million Londoners are currently on furlough,” he said.

To address all this, Khan said, “I have got a plan, which is jobs, jobs, jobs.”He said his plan involves keeping people employed and helping those who have lost their jobs find new, stable employment in the city.Khan also said they have used publicity and promoted the West End, a district of Central London where cultural centers, theaters, restaurants, pubs and cafes are located, to bring people back after the pandemic.He said more than 18,000 Londoners died last year because of the coronavirus, but with the vaccination and test and trace system now in place, he said he hopes the most recent lockdown was the last.Urging everyone to get vaccinated, he said “as we have come out of the lockdown, we will have a good recovery.”He noted that his first three actions if he is re-elected would be helping central London to recover, setting up various job academies for young people and carrying on improving London’s air quality.

Speaking on London’s growing problem of knife crime, Khan described it as “a heartbreaking issue.”More than 30 people in London have been murdered since Jan. 1 and at least 25 of those murders were committed with knives, according to the latest figures.Khan said “it is very important to be tough on crime and tough on the course of crime,” adding that as mayor, he has invested more than £1 billion ($1.38 billion) to deploy additional police officers in London.

“I am also the mayor who has invested in young people, giving them constructive things to do: education, culture and sports,” he said in explaining his actions to curb knife crime.

Urging especially young Londoners to report to police if they know anyone carrying a knife, Khan said “carrying a knife does not make you more safe, it makes you less safe.”More than a quarter of all knife and offensive weapon offences registered by the police across the UK in 2020 were attributed to young people under the age of 18.“We have got to give young people hope,” Khan added, explaining that alienation, depravation and poverty are among the many complex reasons for youth crime.He said the government should not make any more cuts in state benefits as they foster conditions leading to violent crime.