Kemal Kilicdaroglu, 'Turkey must focus on the economy, its real agenda' 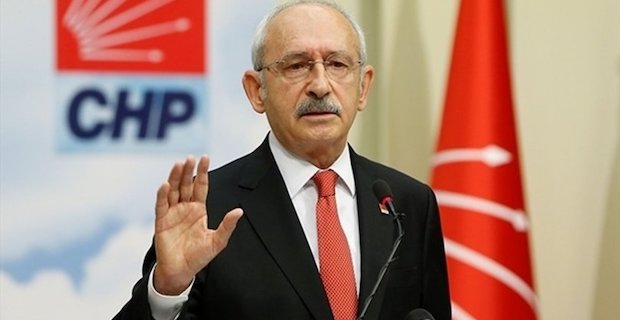 With local elections concluded, Turkey must now focus on the economy, which is its real agenda, the leader of the main opposition party said Thursday. “The solution to resolve the [economic] crisis must be the main topic for politicians,” Kemal Kilicdaroglu, leader of the opposition Republican People's Party (CHP), said in a press release. Kilicdaroglu’s remarks came a day after Ekrem Imamoglu, the party’s candidate in last month’s Istanbul elections, officially became mayor of Turkey’s largest city, home to some 16 million people.

Millions of Turkish voters cast their votes nationwide on March 31 in local elections to choose mayors, city council members, and other officials for the next five years.

Keywords:
CHPKemal KılıçdaroğluRepublican Peoples Party
Your comment has been forwarded to the administrator for approval.×
Warning! Will constitute a criminal offense, illegal, threatening, offensive, insulting and swearing, derogatory, defamatory, vulgar, pornographic, indecent, personality rights, damaging or similar nature in the nature of all kinds of financial content, legal, criminal and administrative responsibility for the content of the sender member / members are belong.
Related News