John Kerry has tempered his remarks regarding the military coup in Egypt, which he had earlier said was aimed at "restoring democracy." 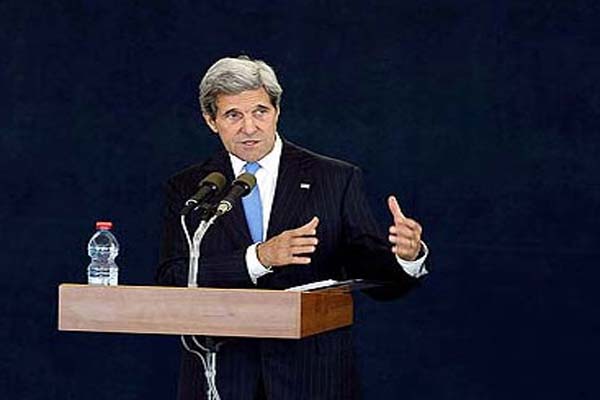 "The last thing that we want is more violence," Kerry said ahead of his meeting in London with the United Arab Emirates foreign minister. "The temporary government has a responsibility with respect to demonstrators to give them the space to be able to demonstrate in peace." "But at the same time, the demonstrators have a responsibility not to stop everything from proceeding in Egypt." Kerry had said on August 1 on Pakistani network Geo News that Egypt's military was "asked to intervene by millions and millions of people." "And the military did not take over, to the best of our judgment so far, to run the country. There's a civilian government. In effect, they were restoring democracy." The Egyptian army last month removed elected President Mohamed Morsi and suspended the constitution following large-scale demonstrations, then moved to establish an interim government led by the head of the constitutional court and an opposition leader. The us has been wary of calling the military intervention a coup, likely due to the political consequences it might bring.