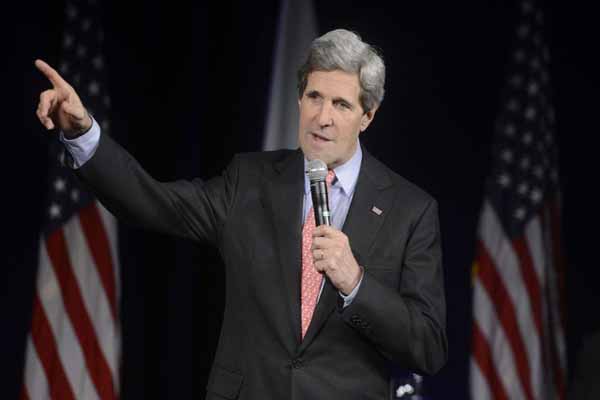 The US Secretary of State John Kerry addressed to the American Public opinion on acting against Syria for use of Chemical Weapons on major American tv networks. Stating that sarin gas had been used in Syria Kerry said, “Bashar al-Assad now joins the list of Adolf Hitler and Saddam Hussein who have used these weapons in time of war.” Claiming that he would not expect the US Senate and House of Representatives to turn down the US interests Kerry stated that the Congress would decide affirmatively on our decision to act against Syrian regime using chemical weapons and they would go further in action. Upon the question asking whether Obama is going to act if the Congress rejects the idea of operation on Syria, Kerry said that the President does not need to go to the Congress for the operation but still the President has not made his decision about acting despite the Congress. Concerning Putin’s remarks asking for the evidences the US would base the rationale of the operation on Kerry said that the evidences in hand are sufficient and significant enough so “If the Russian Premier doesn’t want to see the evidences then it is his preference,” said Kerry.

Kerry also stated that they are working closely with Russia on Geneva negotiations and they hope that Russia would also accept that Assad crossed the red lines and they would join them in the efforts to make a resolution in UN Security Council.

Congressional authorization for action against Syria will also send "an important message" to Iran and North Korea said Kerry.

“We will be granting a blanket license to Assad to continue to gas and we will send a terrible message to the North Koreans, Iranians, and others who might be trying to read how serious is America about enforcing its nonproliferation, counter-nuclear weapons initiatives” said Kerry

Concerning the Iranian nuclear program “We believe that our diplomatic efforts will work but if not the nuclear program of Iran is going to be a great risk for Israel, Turkey, Jordan and the whole region” said Kerry.