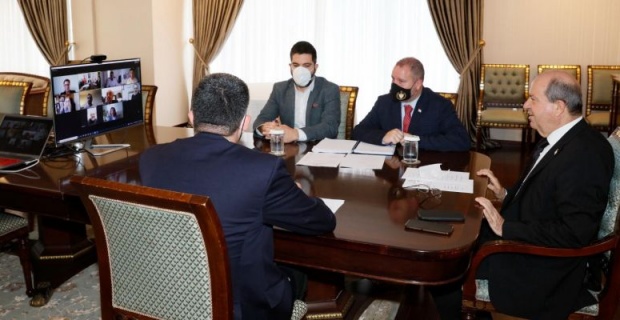 AVRUPA AJANSI (AVA) AVRUPA GAZETE/LONDON- TRNC Founding President Denktaş commemorated.A commemorative event was held for founding President Rauf Raif Denktaş to mark the 10th anniversary of his passing with a ceremony held at the Rauf Raif Denktaş Monument yesterday morning (13th January 2022).President Ersin Tatar and DP Deputy Serdar Denktaş, son of the Founding President, made a speech at the ceremony.Speaking first at the ceremony, Serdar Denktaş stated that the Turkish Cypriots have endured great suffering and pain on the road to achieving their independence and freedom. Serdar Denktaş said that his father had devoted his entire life for the freedom and independence of the Turkish Cypriot people and that his struggle had been crowned with the creation of the Turkish Republic of Northern Cyprus. 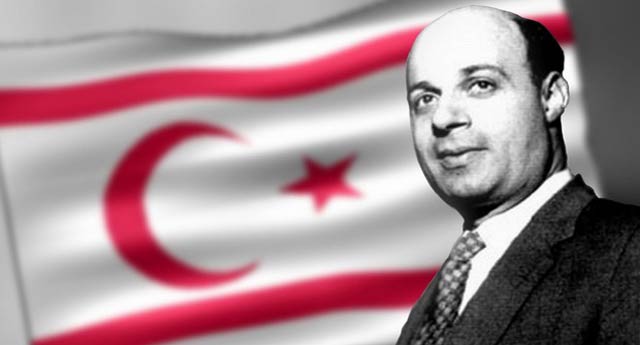 President Ersin Tatar commemorated Denktaş in his speech with the words ‘Mujahideen, warrior, brave hearted and a good negotiator’ and said “We all know that he provided very important services for the acquisition of our rights, law and independence. When Rauf Raif Denktaş is mentioned, the first thing that comes to mind is independence, sovereignty, state.

Drawing attention that Denktaş as a lawyer attached importance to the issue of guarantorship, Tatar said, "Never give up on independence, freedom, sovereignty, and break ties with the Motherland Turkey" were his last words.”

President Tatar: “It is very important to be our voice in London”

TRNC President Ersin Tatar stated that he attributed great importance to  TRNC-nationals residing in abroad and said “your presence and being our voice in London is very important”.
According to the statement made by the TRNC Presidency, President Ersin Tatar held an online meeting with lobby group representatives of the Council of Turkish Cypriot Associations (CTCA) UK yesterday (13th January 2022). During the meeting, the Turkish Cypriot diaspora and lobbying issues were discussed.
President Tatar said that he has been  “impressed” with the work of the lobby groups in voicing the unjust isolations faced by Turkish Cypriot people.
CTCA President Ayşe Osman and the representativs of the Association Leyla Kemal, Ersu Ekrem, Çetin Ramadan, Munir Tatar, Gönül Daniels, Eren Ramadan, Halil İzzet and Mustafa Sağanak took part in the online meeting.

President Tatar expressed his satisfaction with the statements of Turkish President Erdoğan
TRNC President Ersin Tatar expressed his satisfaction with the statements made by Turkish President Recep Tayyip Erdoğan regarding Turkey's stance on the Cyprus issue at the meeting where he met with the ambassadors of the European Union (EU) member states yesterday (13th January 2022).
According to the statement made by the TRNC Presidency, Tatar underlined that he was very pleased with the statement of Erdoğan who said “You all know why the negotiation process for the solution of the Cyprus issue has been going on for more than 50 years has not been successful. The Greek Cypriots could not get rid of the mentality that saw themselves as the sole owner of the island and ignored the Turkish Cypriots.”
President Tatar stated that the Turkish Cypriot people will continue to protect their legitimate rights and interests in the region with the support of Turkey.