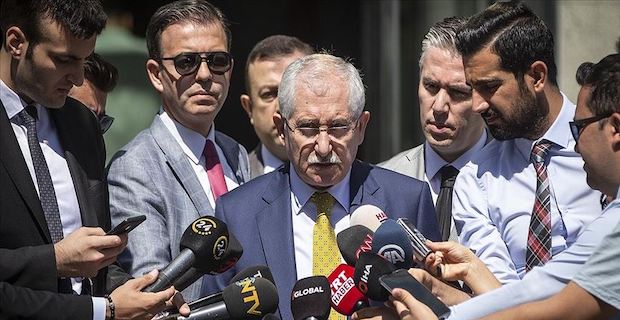 The head of Turkey’s Supreme Election Council (YSK) on Monday shared statistical figures regarding mayoral election re-run in Istanbul and said all votes were registered to the election system. Sadi Guven said 8,925,063 of 10,560,963 eligible voters cast ballots in the mayoral election of Istanbul. The election turnout was 84.5%, he added. Guven said 8,746,464 of the votes were valid, while 178,599 were not.

Ekrem Imamoglu, candidate of the opposition Republican People's Party (CHP), bagged 54.21% of the votes with 4,741,868 people favoring him, whereas his rival, the candidate of ruling Justice and Development (AK) Party’s Binali Yildirim got 3,935,453, or 44.99%, votes, Guven said.

Guven said all of the votes were uploaded to the election system, adding the candidates still had the right to raise objection to the results by applying to YSK till Tuesday.

Keywords:
YSKEkrem ImamogluCHP
Your comment has been forwarded to the administrator for approval.×
Warning! Will constitute a criminal offense, illegal, threatening, offensive, insulting and swearing, derogatory, defamatory, vulgar, pornographic, indecent, personality rights, damaging or similar nature in the nature of all kinds of financial content, legal, criminal and administrative responsibility for the content of the sender member / members are belong.
Related News