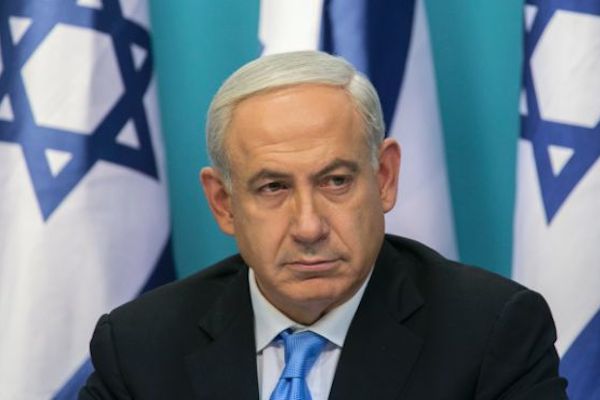 Israeli Prime Minister Benjamin Netanyahu claimed Wednesday that Israel has won a "great military and political" victory in the Gaza Strip. Speaking at a press conference on Wednesday, Netanyahu said that Palestinian faction Hamas was "hit hard" by the Israeli military offensive on the Gaza Strip.
"Hamas has sustained a massive military and diplomatic blow," he said.
Netanyahu said that Hamas won few gains in the Egyptian-brokered cease-fire deal that brought the Israeli onslaught to a halt.
"Hamas did not receive any of its demands - airport, seaport, prisoner releases, salaries," he said. "Israel successfully convinced international community that Hamas, ISIS, and Al-Qaeda are all part of the same family,” he said. An Egypt-brokered cease-fire went into effect on Tuesday, ending 51 days of relentless Israeli attacks on the Gaza Strip, which saw 2,145 Palestinians killed – the vast majority of them civilians – and nearly 11,000 injured.
The cease-fire deal calls for opening all border crossings between the Gaza Strip and Israel – effectively signaling the end of the latter's seven-year blockade on the coastal territory. It also calls for expanding the zone in which Palestinian fishermen are allowed to ply their trade to six miles off the Gaza coast. Under the agreement, Palestinian and Israeli negotiators will hold indirect negotiations on other core Palestinian demands – including the release of prisoners and the establishment of a Gaza seaport – one month later.
Netanyahu said that it was premature to talk about a durable cease-fire in the Gaza Strip. "Israel also convinced the world that the long-term goal is disarmament in the Gaza Strip," he said.
Since Israel's "Operation Protective Edge" began on July 7, at least 69 Israelis – 64 soldiers and five civilians – have been killed, according to Israeli figures.
Israeli Defense Minister Moshe Ya’lalon, for his part, dismissed criticism of army chief of staff Benny Gantz over the Gaza offensive.
He, however, said that security forces "will learn the lessons of the operation".
Ya'alon pledged to return the remains of soldiers Hadar Goldin and Oron Shaul, who were killed in the Gaza, to Israel for burial.
"We will return remains of the soldiers to Israel,” Ya’alon vowed.
By Turgut Alp Boyraz