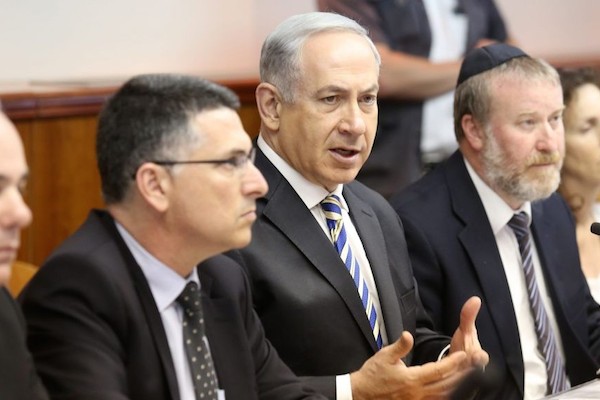 The Israeli government on Sunday approved a $561 million cut from the 2014 budget to pay the cost of the latest offensive on the Gaza Strip, an Israeli newspaper reported. Israel's cabinet convened to discuss a plan by Prime Minister Benjamin Netanyahu to cut some 2 billion shekels ($561 million) off the 2014 budget to fund the cost of Israel's just-ended 51-day offensive on the Gaza Strip, the Israeli newspaper Haaretz added. According to the report, a plan presented by Netanyahu, his Defense Minister Moshe Ya’alon and Finance Minister Yair Lapid would entail a 2 percent cut in the base budget of every ministry, except the Defense Ministry. The plan aims for the immediate allocation of about 1.5 billion shekels ($419 million) to the Defense Ministry for some of the costs of the war, it added.
Based on the volume of their respective budgets, the Education Ministry will take the largest cut in terms of funds – 695 million shekels, while the Transportation Ministry is expected to lose 247 million shekels, it added. The ministries of housing, social affairs, economy, public security and health would lose a total of 285 million shekels under the plan.
The plan would still require the approval of the Knesset's Finance Committee even if it was passed by the cabinet on Sunday.
Israel's latest 51-day offensive on the Gaza Strip left some 2,147 Gazans dead and 11,000 others injured – many critically – while partially or completely destroying thousands of buildings across the coastal enclave. The Israeli offensive - initially launched with the stated aim of ending rocket fire from Gaza. - finally ended with the announcement of an indefinite cease-fire that came into effect on Tuesday.
Over the course of Israel's offensive, at least 70 Israelis – 65 soldiers and five civilians – were killed, according to Israeli figures.
This is the highest military death toll for Israel since the 2006 war in Lebanon, in which 119 Israeli soldiers were killed.
By Mohamed Khubaisa