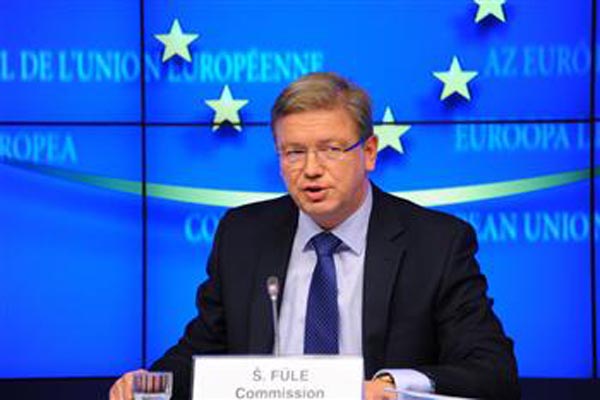 “In recent days, the change introduced to the judicial police regulation has undermined the independence of the judiciary and its capacity to act. The application of this regulation has been suspended by the Council of State. I welcome this suspension and hope the Council’s decision will be quickly finalized,” European Commissioner for Enlargement Stefan Füle said Dec. 27. Füle recalled through his spokesperson he had already highlighted the need to guarantee the independence and impartiality of investigations by the judiciary into any allegation of wrongdoing, including corruption. “I have also stated my concern about the removal of a large number of police officers from their duties,” he added. “I urge Turkey, as a candidate country committed to the political criteria of accession, including the application of the rule of law, to take all the necessary measures to ensure allegations of wrongdoing are addressed without discrimination or preference in a transparent and impartial manner,” said Füle. The regulation was issued amid a graft scandal and increased concerns among lawyers that the government was intervening into the judiciary.