EU27 has agreed that it will accept UK's request for Brexit ‘flextension’, EU says 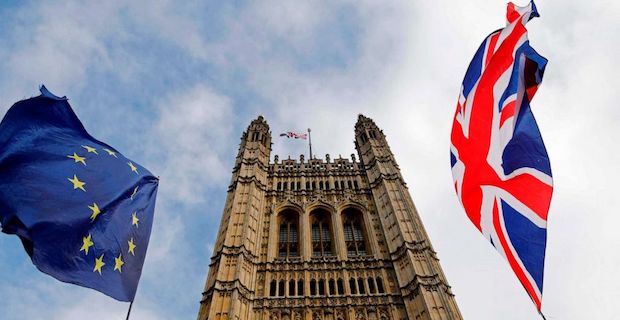 The EU agreed to accept the U.K.'s request for a Brexit extension till Jan. 31 of the next year, EU Council President Donald Tusk announced on Monday. "The EU27 has agreed that it will accept the UK's request for a #Brexit flextension until 31 January 2020. The decision is expected to be formalised through a written procedure," Tusk wrote on Twitter.

Earlier this month, British Prime Minister Boris Johnson failed to receive enough support on his revised Brexit deal and he reluctantly requested a Brexit extension from the EU in accordance with legislation known as the Benn Act that forces him to do so.

U.K. voters decided to leave the EU in a 2016 referendum with a small margin.

Keywords:
EUBrexitBrexit Extension
Your comment has been forwarded to the administrator for approval.×
Warning! Will constitute a criminal offense, illegal, threatening, offensive, insulting and swearing, derogatory, defamatory, vulgar, pornographic, indecent, personality rights, damaging or similar nature in the nature of all kinds of financial content, legal, criminal and administrative responsibility for the content of the sender member / members are belong.
Related News