Ehud Olmert, 'Israel has 'declared war' on US govt' 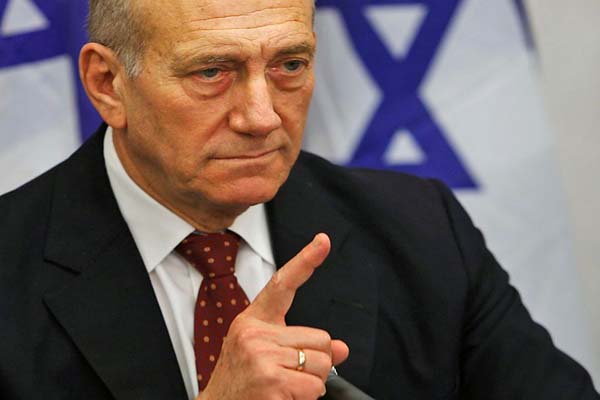 Former Israeli prime minister Ehud Olmert has slammed his successor Benjamin Netanyahu for his opposition to the U.S. government’s negotiations with Iran.

Reminding the audience that the U.S. had always unconditionally voted in favor of Israel at the United Nations, during a conference at the Institute for National Security Studies in the Israeli capital Tel Aviv, Olmert said "We've declared war on the American government. You can't deny this."

Netanyahu, who is currently in Rome to meet with the Pope, responded saying, "I am committed to the future of my state and in contrast to periods in the past, we have a loud and clear voice among the nations and we will sound it in time in order to warn of the danger."

Netanyahu has endlessly criticized the peace talks between Iran and western nations to place Iran’s nuclear program under heavy restrictions in return for the lifting of international sanctions.

In seeing Iran as a hostile force due to its support for anti-Israeli groups like the Lebanese Hezbollah and Hamas in the Gaza Strip, Netanyahu has even gone as far as saying that it would strike Iran alone if need be.