Dream of power or power of the dream

The dream of Europe like here in the European Union societies, in Turkey also is losing its power. 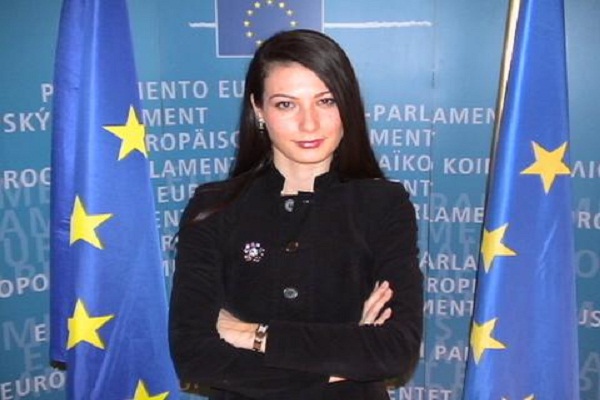 When I was growing as a child in Turkey, Europe was omni-present in school text books, on the TV, in the media and the daily social life conversations within family or with friends. Europe was often associated with dreams and Europe meant hope. Dreams for peace, for good economic standards, for social progress. A dream which was already becoming reality. A best practice for the rest of the world. Later on when I started to learn more about Europe, European integration process and int. relations, Europe has become even more glorious idea that was after the fall of the Berlin wall and before the global crisis, 9/11 and agonies of the western democracies. Europe was for us a powerful dream in a time when we were admiring Vaclav Havel’s article entitled “The Power of the Powerless”. And the power of Europe was relied on both great example of transnational solidarity and democratic values as well as the tangible social and economic achievements. Probably the most impressive episode of the human civilizations’ short history on a planet which is 4.5 billion years old.

Europe’s 21 century did not start well, the globalization means more competition from a re-emerging Asia, collapsing ecological system, troubled security context and impressive rise of transformational technologies. Europe and its international environment have changed a lot since the 20th century, one of the few elements which has not changed since then is the almost 40 years old “candidacy of Turkey to the EU membership” . For the majority of the Turkish people, Europe still is a good dream. Please note that in the Turkish culture we believe that a stubborn dream always comes true. However there is a problem. The dream of Europe like here in the European Union societies, in Turkey also is losing its power. Corollary, Europe’s dream for being a global power is vanishing. This is not a dream to make our nights comfortable and our days more hopeful. This is about fundamental realities and aspirations which have met this European dream a powerful one. This is about very essence of the European values. Democracy, rule of law, women rights as well as more daily life issues like food security, clean air or transparent public procurement. In the 21 century this European dream can not survive with loose leadership, fearful politicians, superficial media reporting, uncommunicative Commissioners and parliamentarians who are unable to be neither rational nor poetic vis-à-vis the challenges of our century. These challenges require the European Union to become a stronger political system and a larger geography promoting membership of countries like Turkey, courageously and rationally. This will mean that candidate countries like Turkey driven by the transformational force of the European dream, will become a real European democracy and socioeconomic system. Europe ought to re-energize its power of dream for its citizens and for the citizens of the world. I wish that we will have a 21 century marked by a renewed European dream for a better 22 century.

I would like share with you: few verses from a collective work of poetry to which I had the pleasure to participate. It is a book by several European poets published by Passaporta and entitled “The European Constitution in Verses”.

Here are some of my verses in this book:

" Feel the others’ rhythm

Get these crinoids and few nettle

Comb the Aegean’s hair with your melodies

*Kader Sevinç is a Turkish poet, based in Brussels. She has been publishing her poems in various poetry magazines and reviews in Turkey. She was the editor in chief of NAR poetry magazine in Antalya. She is currently member of the editorial board of the bi-monthly Siirden (“On Poetry”) magazine and actively contributes to the international literature projects and events in Brussels and Istanbul. Ms Sevinc is the co-author of a political poetry book “The European Constitution in Verse” (2009, Brussels). She is also the head of the European delegation of the Turkish social democratic party, CHP and Presidency Member of the Party European Socialists.